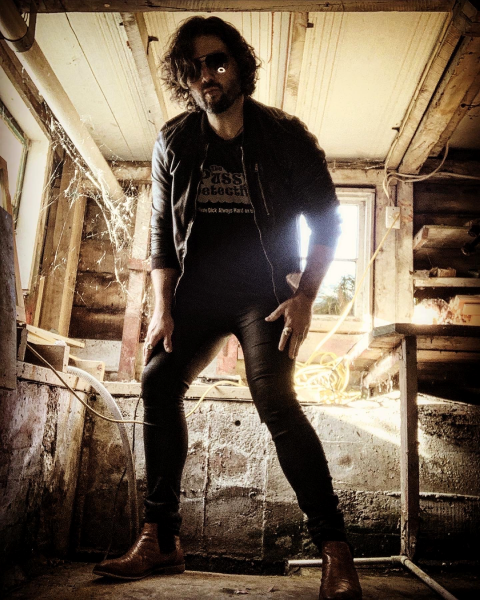 Today’s guest, Garth Jones, hails from Mad Max Land. Garth is a stereotypical Australian: an irreverent larrikin from out in the sticks absolutely MARINATED in car and footy culture as well as Australiana of yore.

He designed ads for phone sex lines, wrote for a church newspaper and drew a few comics for David Lee Roth of Van Halen fame. Garth Jones finds inspiration in rock’n’roll fantasists and occult piss-takers, iconoclasts and the wildly self-indulgent.

And he’s taken all of that, put it in a cauldron and steeped it for several years while working on other projects. Now he’s publishing Home Brewed Vampire Bullets. I haven’t read it yet but I’m very curious! 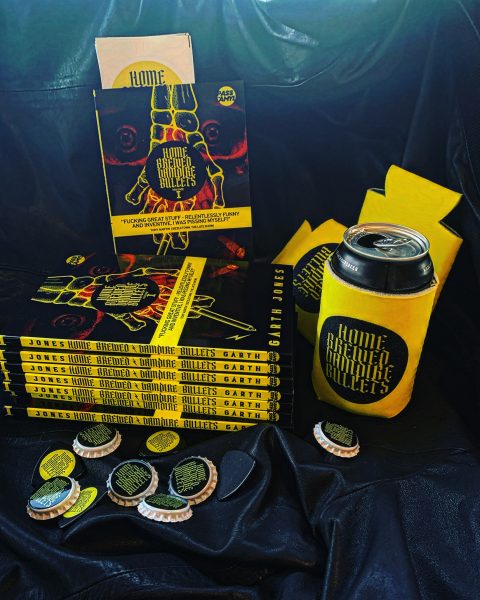 I admit to being shallow. So shallow that bling featuring gothic font and the title “Home Brewed Vampire Bullets” tickled my funny bone and caught my attention. (See the photo.) And if that wasn’t enough, he sent me his promo pic, which made me laugh!

Because of the bling Garth’s publicist sent me, I had to mark the video as “paid promotion” on YouTube although there was no money in the bag

) Also the same content is in podcast (at the top) and video (below) format. Just in case you want to see the bling. And Garth’s BACKDROP. Awesome.

Where to find Garth Jones