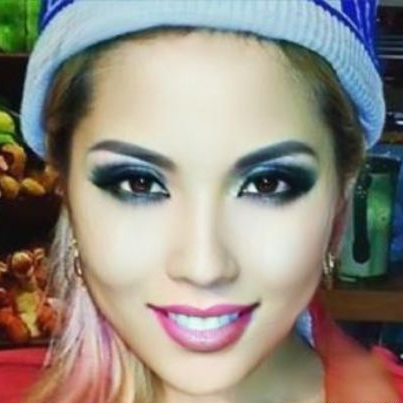 Brinna Kelly is a Chinese Hungarian American actor, a screenwriter, producer, Crazy Cat Lady, Trekkie and  Halloween-phile who graduated from UCLA School of Theater, Film and Television. She’s known for The Fare (2018), The Midnight Man (2016) and The Binding (2017).

See Nalini’s review of The Fare. Spoiler: she wants EVERYONE to watch it.

The podcast is at the top of this post and the video below. This podcast is also available on all good podcasting platforms including iTunes, Spotify, Blubrry, Castbox, Pocket Cast, TuneIn and Stitcher.

Please tell us about your new movie, The Fare.

Camera shots include switching from black and white to colour and strategic emphasis on symbolic objects. Did you plan this or was this someone else’s arena?

You’ve been working with at least some of the same people now for a few years. What are the team dynamics? How does working in a team help the creative process?

It takes 10 years to be an overnight success

The Fare is a character-driven movie that uses the Groundhog Day trope but surpasses it in its elegance, mystery and romance. It feels like you’ve come from nowhere.

Star Trekking across the universe

Your twitter bio says you’re a Star Trek fan. What influence has representation of minorities on Star Trek had on your aspirations and career?

According to Joss Whedon and Maurissa Tancharoen, ‘Nobody’s Asian in the movies’

In Joss Whedon’s Commentary the Musical, there’s a track titled “Nobody’s Asian in the movies” alongside dialogue that reveals that Maurissa Tancharoen co-wrote and originally starred in Dr Horrible the Movie. She stepped aside for a white actor although Joss Whedon’s following would have assured the movie success despite racism. In contrast, your team kept you in the lead role. What factors played into this choice and how difficult was it to lead by example?

Will you write a novelisation of The Fare?

According to Twitter, You’re a Star Trek fan. Will you guest star on Star Trek if you have the opportunity?

What do you have planned for the future?

Who would win in a fight: Michael Burnham from Star Trek Discovery or Darth Vader from Star Wars?