Alex is in a kind of limbo. She’s still grieving her ex leaving abruptly. Then her mom dies. She flies home to help her brother, Owen (failure to launch type), manage the funeral and sort through the house. People say “you’ll be fine” but Alex isn’t so sure: she feels broken.

Because she’s a workaholic, Alex volunteers to interview a restauranteur while she’s on bereavement leave. Problem is, that restauranteur is Juliette, her ex from high school. Not that she mentions that teensy detail to anyone. However, Owen – who lived through the original romance – already knows.

Then Alex’s aunt Johanna says she’ll fly down to visit. They go for a drink so Johanna can spill the beans: she’s Alex’s missing parent. Plus Alex meets Carolyn, another media-type who is totally Alex’s type, but Alex is a mess. She dismisses people when they say “You’ll be fine”.

Romance and family drama set the obvious overtones for You’ll Be Fine but it’s the Teenage Mutant Ninja Turtle car that really brings out the comedy. And the Walk of Shame is part sheer embarrassment and part humor too.

Also, a mystery arises: Alex overhears her on the phone, she’s looking for something. What does Johanna want? It becomes something of a race to find “it”, whatever “it” is.

You’ll Be Fine is relatable to some degree to everyone with a fucked up family. Alex returns home to face the past in order to move on. The process is challenging, Alex’s path somewhat torturous and convoluted, but she gets there in the end. And there’s hope, a life after the damage.

There are so many books I could recommend that are LGBTQIA+ reads but my absolute favorite, that I think sits in the same space as You’ll Be Fine, is This Is How It Always Is by Laurie Frankel, another story about a family. In not quite the same space although still dealing with a messed up family having to work through its issues (while solving a murder, being hilarious and generally fabulous) is The Nancys by Rob McDonald. 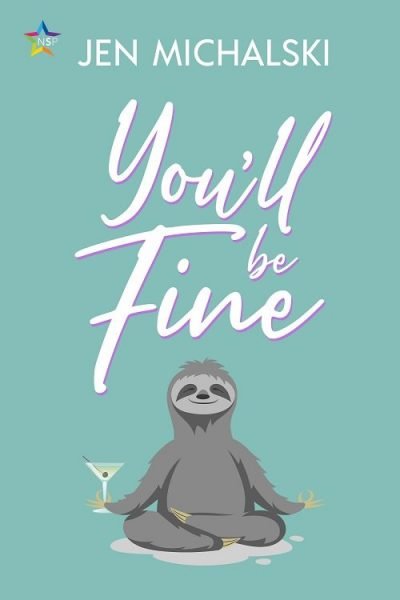