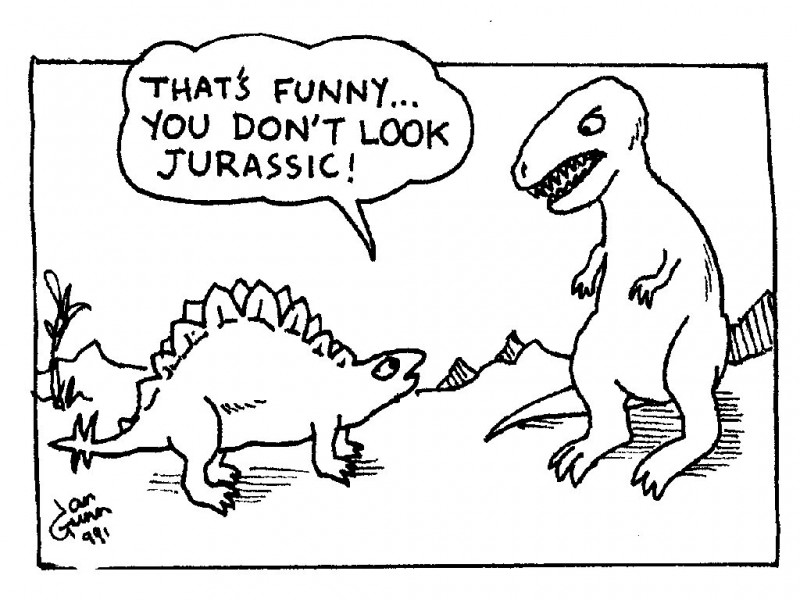 ‘You don’t look jurassic,’ says the stegosaurus to the tyrannosaurus rex. The Guardian published a helpful article discussing the science behind Jurassic Park. Apparently most of the dinosaurs in the book and movie Jurassic Park by Michael Crichton are from the Cretaceous period not the Jurassic Period. I wonder if the movie Cretaceous Park would have been as popular?