Today I have three special guests talking about a topic close to my own heart; Galen Dara, Wendy N Wagner and Rachel Swirsky from Lightspeed Magazine talk about 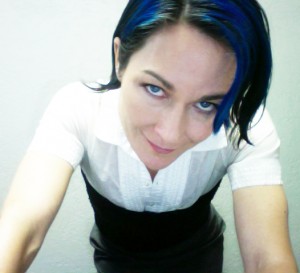 Galen Dara sits in a dark corner listening to the voices in her head.  She has a love affair with the absurd & twisted, and an affinity for monsters, mystics, & dead things. Galen also likes extremely ripe apricots. She has illustrated for 47 North, Edge Publishing, Lightspeed, Fireside Magazine, Apex, Lackington magzine and the Red Penny Papers. Recent book covers include Heirs of Grace, War Stories and Glitter & Mayhem, Her website is www.galendara.com and you can follow her on twitter @galendara Back to contents 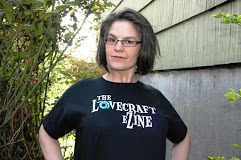 Wendy N. Wagner grew up in a town so small it didn’t even have its own post office, and the bookmobile’s fortnightly visit was her lifeline to the world. Her poetry and short fiction has appeared in magazines and anthologies including Beneath Ceaseless Skies, The Lovecraft eZine, Armored, The Way of the Wizard, and Heiresses of Russ 2013: The Year’s Best Lesbian Speculative Fiction. Her first novel, Skinwalkers, a Pathfinder Tales adventure, is due out March 2013. She also serves as the Managing/Associate Editor of Lightspeed Magazine and Nightmare Magazine. An avid gamer and gardener, she lives in Portland, Oregon, with her very understanding family. You can keep up with her at http://winniewoohoo.com. Back to contents 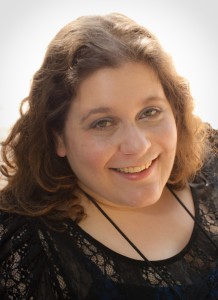 Rachel Swirsky holds an MFA in fiction from the Iowa Writers Workshop. Her short fiction has appeared in numerous venues including Subterranean, Tor.com and Clarkesworld Magazine. She’s been nominated for awards including the Hugo, the World Fantasy Award, and the Sturgeon Award, and her novella “The Lady Who Plucked Red Flowers” won the Nebula in 2010. Her second collection, HOW THE WORLD BECAME QUIET: MYTHS OF THE PAST, PRESENT, AND FUTURE, came out from Subterranean Press in fall 2013. She is the founding and former editor of PodCastle, an audio magazine reprinting fantasy stories. Rachel also co-edited PEOPLE OF THE BOOK: THE DECADE’S BEST JEWISH FANTASY AND SCIENCE FICTION from Prime Books. Rachel is also the vice-president of the Science Fiction Writers of America.

Wendy and Rachel have been really busy so their recommendations will be coming soon.

Black Sun Light My Way by Jo Spurrier (2013, HarperCollins, Sydney). This is the second installment of a fantastic story featuring a group of central characters that include women, an egalitarian polygamous society contrasting with a more traditional patriarchal society and a character with an acquired disability whose disability is brutally real and does not get healed. The first book is Winter Be My Shield (2012, HarperCollins, Sydney).

Wendy and Rachel have been really busy so their recommendations will be coming soon.

Here are the four illustrators that will be doing artwork for the Women Destroy Science Fiction issue:

Here is the (short) list of some of Galen’s favorite female illustrators working in (and around) the field today:

@DarkMatterzine @LightspeedMag Q: 'What does 'destroying SF' mean to you? Is it just destroying the SFWA, or something more challenging?'

@DarkMatterzine Why do you think a genre all about looking to the future & societal shortcomings can't get on board w/ women being equals?

.@DarkMatterzine Isn't @wnwagner worried that there will be simply too much awesomeness in WDSF? Can she reel it in a bit?

@DarkMatterzine @JeffreyPetersen I think EVERY member of the staff needs to confront that difficult question!

Did you always want to destroy science fiction, or did the urge develop more recently?

Must the destruction be total, or will destroying the vast majority of science fiction be sufficient?

What can we, the audience members and readers, do to destroy science fiction at home?

@DarkMatterzine yes who are their favourite authors?