Evey and Dill, two sisters, watch as a group of men murder their mother. They flee to their mother’s coven to seek safety. Then Evey sets out to murder those who murdered her mother for being a witch.

Evey’s point of view narrates Witch. She’s not an entirely relatable narrator and speaks colloquially: sometimes in a kind of cockney-related manner, sometimes in a more highfalutin register hinting at King James’s English. Sometimes I could not follow the action, only interpret the gist or outcome of action.

When Evey fights in the dark, this confusion is realistic. However, at other times I suspect the vagueness conceals the author’s uncertainty at how – specifically – the fight took place. A little like Terry Pratchett’s last few novels where, instead of Moist von Ludwig’s entertaining antics, there was a brief sentence appearing (to a long-time TP fan) like a note to insert said antics later.

Some aspects of the novel left me confused. Sometimes Evey appears to be a girl. At others, she’s a grown woman. She remembers her 9-year-old sister’s birth so that implies she’s at least a teenager. Witch appears to be a young adult novel.

And yet Evey also witnessed Jane’s birth. Jane was a young woman who consensually took a lover without reproach. Therefore, Evey should be a grown woman in her twenties at the very least. And yet she’s a child who we later learn threw a tantrum just before the action opens.

Evey’s mother is disabled. There is no justification for this choice. I’m guessing that Hawkins decided “poor disabled mother can’t run and gets murdered” increases pathos. However, a lot of mothers would stay and distract a lynch mob to give their children time to flee.

I wonder also if that disability is the reasoning behind Evey and her mother only visiting the coven once several years prior to the story. And the coven never visited them despite Evey’s mother being the head of the coven. This is despite her being capable of walking distances to save lives in her healing profession.

Perhaps I’m overthinking it by relating authorial decisions to the disability. No matter: representation is poor.

Redeeming features: Evey’s mother was a good witch who helped and healed people.

Representation of disability: 2 out of 5 stars for the superfluous nature of the disability and the fridging, only redeemed by her being a good and competent professional and mother.

The true strengths of Witch are its feminism, historical setting (the witchfinding was real as was the English civil war), and Evey’s grief. Too often stories feature the death of a loved one as impetus to action. Gratuitous murders like these are called Fridging. At the same time, these stories often overlook realistic representation of grief. Instead, grief is merely a motive for revenge or justification for anger.

Evey is angry and vengeful but she also experiences realistic grief and regret throughout this story. I feel that Witch has two main themes: the MAGA-type hunting of women to punish them for being women, for being witnesses; and grief.

Evey’s grief is a strong part of her Hero’s Journey. You could even say that her emotional progress is one hero’s journey while her adventure forms a second hero’s journey.

Although Witch is no A Monster Calls, its theme of grief is strong and realistic. I highly recommend this novel to young adults grieving a similar loss, but such reading needs to be done with support. Witch is also a good feminist read for a broader audience, and includes what I interpreted as the beginning of a Lesbian romance.

If you’re looking for more feminist fiction for teenagers, I highly recommend Terry Pratchett’s Tiffany Aching series including I Shall Wear Midnight. 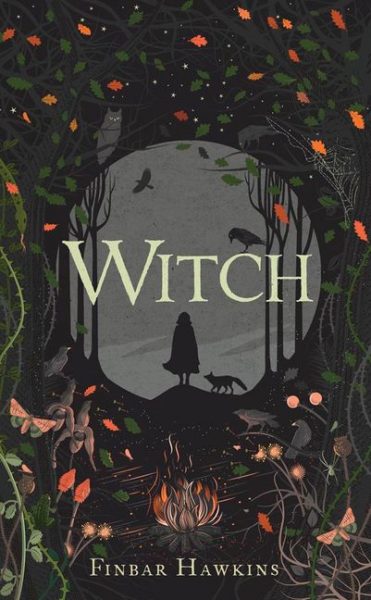