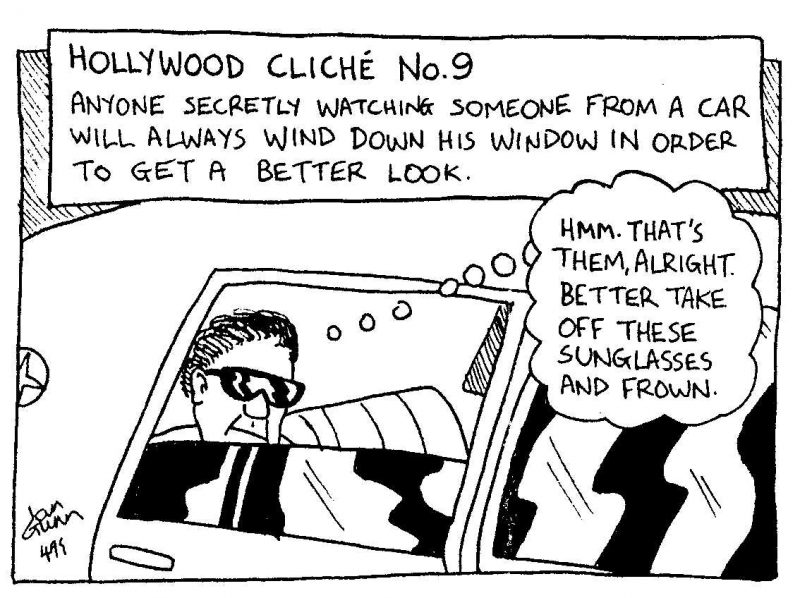 Wind down the window

Hollywood cliche no.9. Anyone secretly watching someone from a car will always wind down the window to get a better look.

Guy sitting in the back seat of a car thinks: Hm. That’s them alright. Better take off these sunglasses and frown.

I’ve always thought the tendency to wind down the window was weird. These days I wonder how nondisabled people could possibly be oblivious. I’ve been watching The Americans. It’s bizarre.

Ian Gunn, creator of these silly illos (illustrations), was a beloved award-winning artist based in Melbourne, Australia before cancer took him from us too soon.