Joanne Anderton: Why this story?

As Joanne Anderton’s second Veiled World book is about to be released, she talks about her relationship to the story and her characters.

My brain is full of stories. Not all of these stories are writable stories. Sometimes they’re just for fun, borrowing characters from whatever book/tv series/video game I happen to be enjoying at the time — like fan-fiction for my mind. Sometimes they have potential, and I quickly scribble them down so I can write them later on. But sometimes, they are all consuming. They take over my brain, they won’t let me sleep, they pester, poke and harass until I finish writing them. 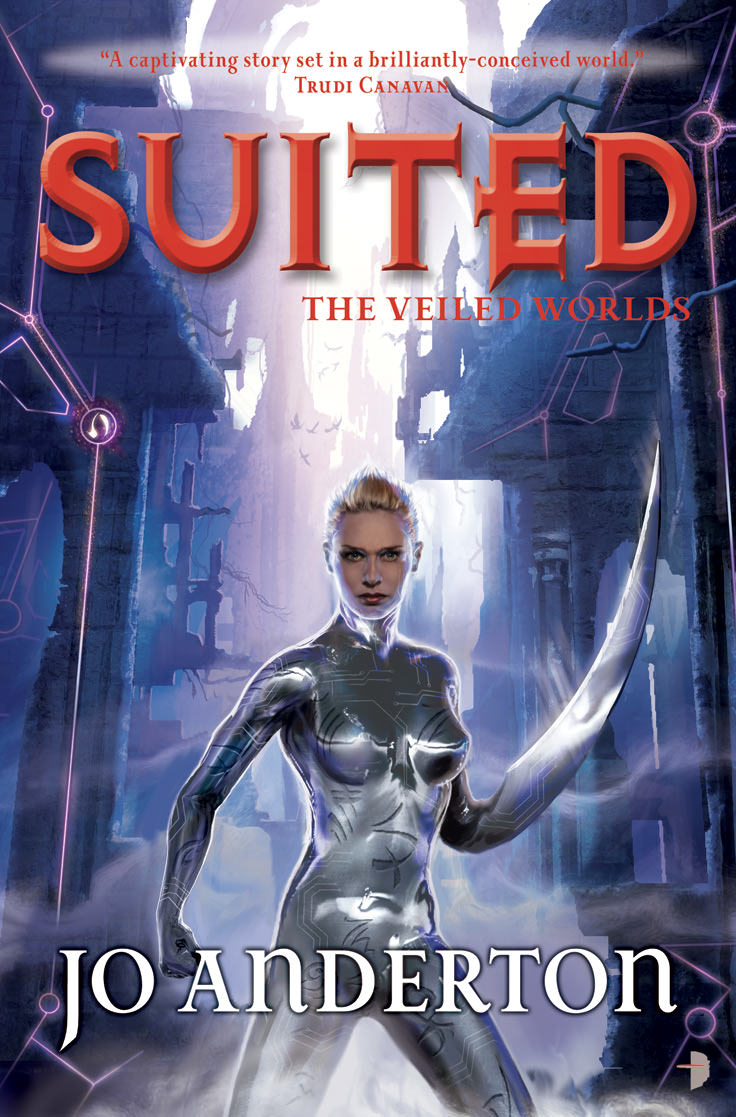 Debris (actually, all of the Veiled World Series) was one of those stories.

But why? What was it about this story that grabbed me, and refused to let me go? (And yes the stories are in charge, not me. They tell me what to write, not the other way around.)

Maybe it was the characters. The main character, Tanyana, can be a difficult person. She’s arrogant, yet deeply flawed. Passionate about her job but awkward with people. Her voice and personality arrived fully formed and eager to get started. It’s impossible to tell someone like that to patiently wait their turn.

She told me straight away what was going to happen at the beginning of Debris. I knew she’d start as a strong pion-binder — able to manipulate the subatomic particles that hold all matter together — wealthy and respected, and in the very first chapter she’d lose everything. Her powers, her job, her money, her sense of self. Both of us immediately wanted to see how she’d not only cope with this, but drag herself out of the gutter and take charge of her new life. The only way was to write it.

And she didn’t arrive alone. Tanyana brought two characters with her, a pair of brothers — Kichlan, and Lad. Lad, in particular, was very difficult to ignore. He’s on the debris collecting team Tanyana is assigned to. You see, when she loses her ability to manipulate pions, she starts seeing debris instead — the waste product of so much pion manipulation. On the surface Lad seemed childlike, simple. Easily confused, quick to anger but also quick to love. But I knew, instantly, that there was more to Lad than met the eye. He was the key to Tanyana’s story, everything hinged on him — I just had to find out how!

Then there’s the highly visual nature of the world and its technology. Some stories arrive in words, Debris arrived in images. Tanyana’s world is full of pions — semi-sentient sub-atomic particles that can be persuaded to rearrange matter. These particles are visible to pion-binders as specks of light, in many different colours, some bright, some dim, some hidden deep inside reality, some bouncing on its surface. The city that Tanyana lives in runs on pions. Where we are used to black wires carrying electricity, they have fairy-light strings of pions guiding energy. Imagine a world where it’s never truly dark, and even the most mundane infrastructure — from factories to sewerage systems — are bright and beautiful. I needed to know more about this world. I wanted to explore it.

Tanyana’s suit also grabbed me. Silver bands drilled into her wrists, ankles, waist and neck, the ‘suit’ is a liquid metal that expands from these bands and can be molded into any shape. All collectors have them — it allows them to touch debris — but Tanyana’s is different. Not only is it so much stronger than the other collectors’, but at times it seems to have a mind of its own. The image of Tanyana, wrapped in the silver of her suit, one hand morphed into a weapon and standing strong, was really the first time I saw her. The cover image for Suited (book two) captured it pretty nicely, if you ask me.

So there you have it. Is that a complete list of why I had to put down everything I was working on, and write these books? Probably not. But it’s a solid start. I don’t think I’ll ever understand why my brain is so full of stories in the first place, let alone why some of them grow into books. Maybe we’re not supposed to understand these things. Just enjoy them.

A little about Jo Anderton
Jo Anderton lives in Sydney with her husband and too many pets. By day she is a mild-mannered marketing coordinator for an Australian book distributor. By night, weekends and lunchtimes she writes science fiction, fantasy and horror. Her short fiction has most recently appeared in Light Touch Paper, Stand Clear and Epilogue. Her debut novel, Debris was published by Angry Robot Books in 2011. Book two Suited has just been released. Debris was a finalist for the 2011 Aurealis award for Best Fantasy Novel, and Jo won the 2012 Ditmar for Best New Talent. Visit her online at http://joanneanderton.com and on Twitter @joanneanderton