That got me thinking. There are so many worthy of mention. Probably my most recent fave is Bobby Dollar from Dirty Streets of Heaven while my longest-running favourite is Death from Terry Pratchett’s Discworld.

Of Terry Pratchett’s deity and demon books my favourites are Hogfather and Small Gods; in my opinion Small Gods should be mandatory reading for all people seeking employment in any religious organisation anywhere.

Possibly better than any Terry Pratchett or Neil Gaiman book I’ve read is their collaborative novel, Good Omens. It’s a must-read for every armageddon fan. I just love these deities and demons, they’re so real.

Other faves? I suspect the book that scared the shit out of me in grade two (when I was six years old), sealing my love of fantasy forever, was the Weirdstone of Brisingamen but I have yet to get a copy to confirm this. I vividly remember the Wild Hunt was terrifying. Then the teacher refused to finish reading the story and I couldn’t get a copy from the library; I suspect a parent complained. (Not my parents. If I had my nose in a book I was silent; the only time they didn’t like me reading was when I had chores.)

I guess that early experience is also why I’m drawn to novels that incorporate Wild Hunt themes like Heir of Night and Songs of the Earth.

Who can go past Tim Curry in Legend? I’m not a fan of Tom Cruise. When I rewatched Legend a few years ago I found both the protagonists’ characters shallow; Tim Curry carries the movie on his broad shoulders, gigantic horns and improbable abs. 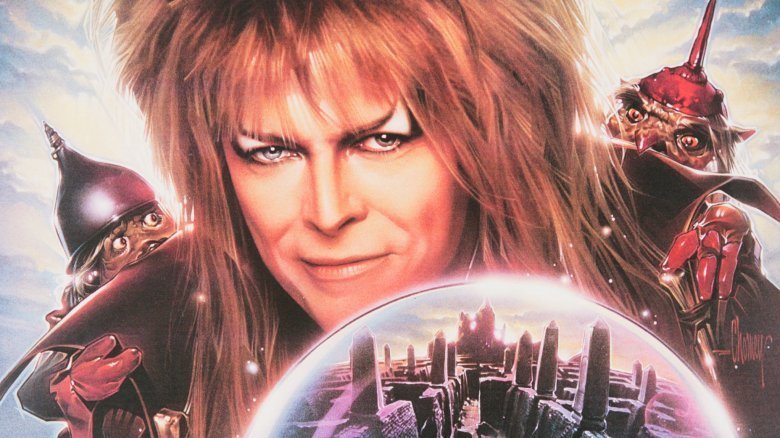 And then there’s David Bowie’s oh-so-sexy Goblin King in Labyrinth. Surely he’s a deity or demon of some kind? 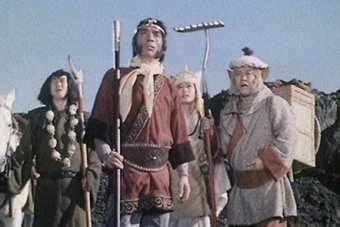 Let’s not be Eurocentric: who could forget Monkey, the Chinese and Indonesian deity who, on our TV screens, shaped a generation, preparing us for Bhuddist philosophy while creating a love of martial arts. And now there’s a reboot. With a woman playing Tripitaka as a woman. What’s not to love?

There are so many more. Which deities and demons in literature, stage and screen do you love?