What better way to celebrate Bob Hawke’s life than reading Whitlam’s Children, a book about the influence Gogh Whitlam had on his successor and Australian politics more generally.

Whitlam’s Children is a book about the history of Australian politics from a certain point of view. (OMG I can’t stop the Star Wars references today!) Rick Morton launched Shaun Crowe’s book at Smiths Alternative a few months ago. It’s taken this long for the video-editing minion to finish his banana. 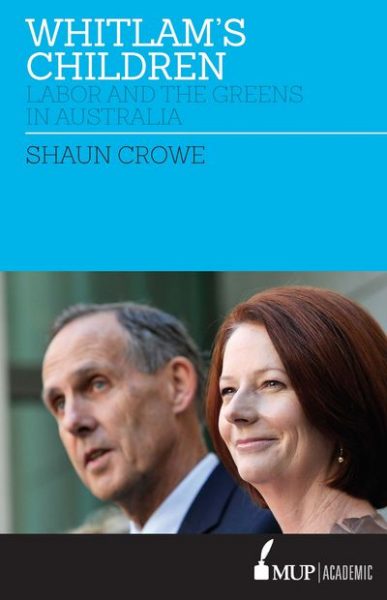 Whitlam’s Children is published by MUP, Melbourne University Publishing, who says this:

Over the past three decades, progressive politics in Australia has undergone a gradual but unmistakable transformation. Where the Australian Labor Party once enjoyed dominance over the political left it now shares space with the Greens; at times depending on minor-party support to form government, and even more often to pass contentious legislation. Based on over forty interviews with politicians and party figures, Whitlam’s Children is the first study of this increasingly important relationship in Australian politics.

Did previous attempts at cooperation, particularly minority government under Julia Gillard, deliver successful government, and how do each judge the experiment in hindsight? Why are certain policy areas, like refugee settlement and environmental policy, so stubborn and divisive? And will we ever see a more lasting coalition on the Australian left, to mirror the established arrangement on the Australian right? While revealing a variety of perspectives, even within parties, the research uncovers a productive, if often hostile relationship; united by a series of shared values, but divided by different approaches to politics, elections and parliament.

Featuring a preface by Geoff Gallop