What Comes After Dystopia?

It’s been said that the obsession with apocalypse in the Western world is a reflection of our fear that at some point, we will be forced to live in the same manner as the folks whose shoulders we have been squatting on for some time, the same people whose labor has made the Western way of life possible for an increasingly narrow band of elite even in our own countries. The truth is that worlds like Susanne Collins’s Panem and Ursula K Le Guin’s Omelas aren’t as fictional as we pretend. They exist as all-too-real reflections of the way many societies operate on a micro level and how the Western world operates on a more global scale. And, like any system whose operation relies on the exploitation of others, it’s a system that we know cannot sustain itself.

The apocalypse — the end of this unsustainable way of life — is coming, and there’s very little we can do to stop it without completely reimagining the way we live here. It will involve a complete overhaul in our societies, and it’s a task I’m not so sure we’re up for.

Apocalyptic fiction doesn’t think so either, and most dystopic fiction is about the end days of a grossly unequal society like ours, right there on the edge of revolution. We see what’s coming, so we’re writing about it. But maybe that view is optimistic, too. It assumes a revolution from informed, concerned, and passionate citizens instead of simple collapse through ineptitude and corruption.

But I would argue that our obsession with putting apocalypses and dystopias onto the page isn’t the sadistic, grim gut-punch we all assume it is. It’s not about saying: “This future is.” It’s about saying, “This is the future we will build if we continue.” It’s not a closed fist but an open hand, an invitation to avert the danger before it becomes too late. Yet it’s not going for enough.

Just as we saw a glut of “World War III” and post-nuclear apocalypse films in the Cold War era, today’s dark dystopias serve to warn us away, not push deeper into the muck. Despite books like A Canticle for Leibowitz or Alas, Babylon or endless Planet of the Apes movies, we never did have that nuclear holocaust we all expected during the Cold War. In part, I believe we did not have it because of the stories we told — because it was so top of mind. We were constantly reminded of what would happen — on both sides — if we overreacted, if we pushed the wrong button, if we assumed the worst of one another.

Stories do have the power to save us, if only because they ask us to interrogate our actions before we set them into motion. Maybe it’s too late in the case of the great Western dystopia. Maybe we’ve been building toward it for too long. Maybe we can’t go back.

But I have to believe that even if we can’t go back, there must be another way forward, a way that will correct for past injustices. We cannot sustain how we live now, in any future, but I believe we can build something new, and something better. It’s this future, then, that I’d like to see more of in fiction. Not the apocalypse or the dystopic revolution, but the aftermath. I want the dystopian story that starts after the revolution, when everyone is mopping up, and striving together to create something new from the rubble.

Now we need to know what our options are for what happens next.

Kameron Hurley is the author of The Mirror Empire and Empire Ascendant and the God’s War Trilogy. Hurley has won the Hugo Award, Kitschy Award, and Sydney J Bounds Award for Best Newcomer; she has also been a finalist for the Arthur C Clarke Award, Nebula Award, the Locus Award, BFS Award, the Gemmell Morningstar Award and the BSFA Award for Best Novel. Her short fiction has appeared in Popular Science Magazine, Lightspeed Magazine, Year’s Best SF, The Lowest Heaven and Meeting Infinity. Her nonfiction has been featured in The Atlantic, Locus Magazine and the upcoming collection The Geek Feminist Revolution.

Kameron can be found at her blog and on Twitter. 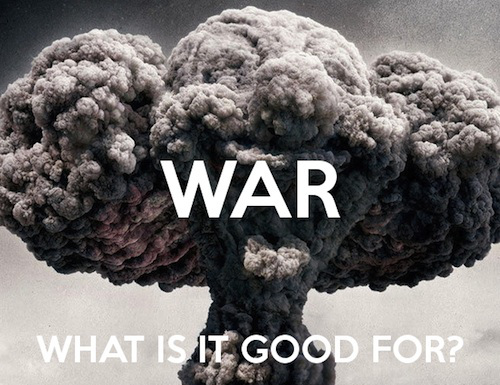