WordPress ate my review. This is take 2.

Cole (Zach Efron) is a wannabe DJ who works a club for free on Thursday nights. Well, actually, he and his friends Mason (Jonny Weston), Ollie (Shiloh Fernandez) and Squirrel (Alex Shaffer) promote the club for free, bringing in hundreds of people, so management will let Cole DJ. Sounds fair?

The 4 friends live in the Valley, a plain on the “wrong” side of the hill with the “Hollywood” sign. They have hopes and dreams, they’re unemployed, their lives are stalled and at least some of the gang are afraid that is life for them.

Cole meets Sophie (Emily Ratajkowski), the only girl on the dance floor not showing cleavage. Sophie and Cole talk about James (Wes Bentley), a washed-up alcoholic DJ who tells Cole off for mixing tobacco with marijuana but then gives him a “pure” smoke and whisky, one of which contained PCP.

Cole and James bond in spite of Cole and his friends pulling dick moves like disrupting James’s party. For a 40-year-old dude he seemed to have a lot of young friends and not many his own age. On the one hand I liked James’s character and what depth he had; on the other hand, for an arrogant selfish drug addict he was rather too forgiving. This felt like “because PLOT” especially as, in this Cinderella story, James is Cole’s fairy godfather. Only Cole doesn’t need a handsome prince to rescue him because, y’know, Cole is a guy.

In spite of the “realistic” Cinderella components of the story, or perhaps because of them, We are your friends works. Cole and company get real jobs working for a real estate investor. They get paid money for jam while their boss grooms them. Then the light dawns: they realise what they’re being paid to do.

Their drug habits and selling doesn’t get them into much trouble — at first — and they even manage to shake off hangovers with the energy of youth and movies.

Cole seems to be attracted by Sophie’s almost-duckface that distracts me. I wonder if it’s meant to be sexy-pouting or if her lips are painfully inflated by plastic surgery. She’s Cole’s love interest and is definitely there for the sex appeal: in one scene she’s dancing to the camera (for Cole?) showing under-boob with her cleavage. I wondered if her breasts were glued in place because they weren’t bouncing painfully like you’d expect with no bra and her dance moves. All the other women are either sex appeal with legs and breasts on display or they’re plot points. We are your friends fails the Bechdel Test.

The fear that this is all there is, that they’ll never escape the drudgery of their lives and their parents’ run-down homes, is a fear with which a lot of people can identify. However, the parents’ house is run-down and the pool empty and filthy, chores that the guys are supposed to help with but shirk. So one wonders how much is self-inflicted.

We Are Your Friends starts out like a reality-TV show or documentary, complete with shaky-cam and looking at the camera while explaining stuff like how to get people dancing to the music, how to pump the crowd. Like Cole’s original track, this movie has bits of different styles pasted together. When shit gets real, We are your friends grows heart as a “real-world” Cinderella story. People really into the dance scene will probably adore this movie and rave about it as the best thing ever. For those not into the dance or DJ scene, the music wasn’t bad; I really liked Cole’s final track that he developed through the course of the movie. If it’s not already a hit I’m sure it will be. We are your friends is Footloose for a new generation only grittier. I enjoyed it. 4 out of 5 stars. 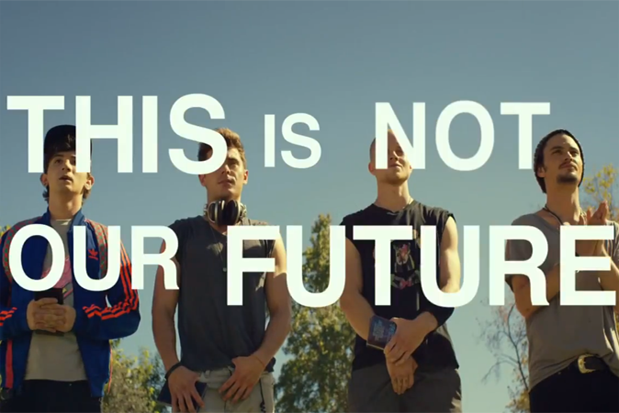