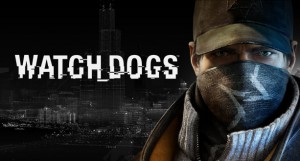 E3 2012: the moment will forever be burnt into my mind as the point in my life when I realized that previous generation consoles (PS3 & Xbox 360) could never do what Ubisoft was showing off. The name of the game was Watch Dogs, and my mind was blown away. This game was officially on my radar.

Back in 2012, PS4 and Xbox One were not even known about to the general public, however there was no way in hell Watch Dogs was being shown on current consoles. It just couldn’t happen, no way possible. The release date was set for November 2013 as a launch title for PS4 and preorder bundles were ready to go, however only weeks before launch, Ubisoft delayed the game.

No longer was the November 2013 release date going to be met. Ubisoft pushed the release back six whole months and most people were shocked. Rumors began to leak of a possible rush to release 2013 date, and others were saying the title was too ambitious. No way was it possible for Watch Dogs to deliver on what was promised. Slowly game footage was shown during the six month period and the internet was on fire. Downgraded graphics. False advertisement. As gamers we were being lied to…many people were upset, and understandably so.

We were shown a video game two years prior and now we were given a lesser quality product. I was upset. I was hurt and most important of all, I felt lied too. Yet despite all that, I still held my preorder for a PS4 copy of the game. Watch Dogs would be played on my console and I would give it a fair go, no matter what the reviews or people on forums said. The game deserved that much.

I know, I know. Where is the review? It’s coming, just consider all this a slight delay. Be patient, please. You see as a reviewer with no formal experience whatsoever, I tend to review items as I’d like to read them. Which means having a small backstory leading up to the review. In the case of Watch Dogs, I felt it only fair you understood where I was coming from before the review.

Review: Right off the bat, let me just explain that I’m trying to avoid spoilers at all costs so things may seem a little jarring; to avoid ruining the game, its the best I can do. Now, where to begin?

You control Aiden Pearce, a hacker with skills unsurpassed (?) by anyone in his field. With the ability to hack into a centralized operating system (ctOS) that runs the fictionalized version of Chicago, Aiden must figure out the conspiracy behind everything which plagues him… yeah that sounds good, no spoilers remember?

Watch Dogs is an open world third-person action-adventure game with heavy stealth elements. Depending on your play style of course. In this version of Chicago, almost everything is connected to ctOS. Think of it as a massive security system which can monitor every person in the city via facial recognition. Using collected data from web searches, jobs, phone conversations and anything else you use a computer for in your life, ctOS can monitor and even predict crimes based on certain actions and emotions. The funny thing is, this is a system that is currently in early stages of development right now. So be careful because that phone, tablet or computer you’re reading this on may be monitoring you… or so that’s how Watch Dogs plays it up.

After a tragic incident toward the beginning of the game, Aiden must use ctOS to uncover the truth and bring all those involved to justice. The story in Watch Dogs could easily be mistaken as a simple revenge story with some strong use of hacking thrown in, and for the most part it is. But underneath all that you have some pretty strong characters and voice acting involved. Aiden Pearce comes across as a one dimensional character but that couldn’t be further from the truth. As the story moves on, you really do start feeling for the guy.

You see, it’s always tough coming away from a video game and feeling some sort of heartfelt emotion, but at times during Watch Dogs, I could feel the old tear ducts firing up. This is a long game. It took just over two weeks to complete the main story mode, ignoring most side missions in order to find out the end game. Don’t worry, sticking to the main campaign doesn’t mean losing any story details, it just means you’ll have more to do once you finish the story.

Along the way you’ll encounter many different hackers each having their own motivations for wanting to help you, and most times they fit into the conspiracy too. Each has their own story and personality and you’ll only want the best (or worst) for them. T-Bone, Clara and Iraq. So many strong characters. Watch Dogs easily has some of the most gripping characters and stories since 2013’s, GTA V and The Last of Us. Yeah that’s about how strong I feel. It could even boil down to how beautiful this game looks, which only adds to the emotion towards the characters – more on that in a moment. This conspiracy unravels slowly over the entire length of the game, so don’t expect it all spelled out for you right away. It is a slow burn and works so much better for it.

Gameplay-wise, Watch Dogs has many things in common with other Ubisoft video games from the past generation of consoles. Mainly Assassin’s Creed and Far Cry 3 to name two. You see here Aiden Pearce must find and hack ctOS towers. This will ‘unlock’ those zones providing full access to the areas and show all areas of interest. Its a smart decision as you have to work for the ctOS access point but sadly a tried gameplay trope from Ubisoft. A little change-up needs to happen, especially when it feels like the games are blending from one franchise to another at this point.

Once you have control of ctOS though, oh that’s where the fun really kicks in. Hacking is one of the funnest new additions to any game in a long time. So thank you, Ubisoft, because now I can’t play any other open world game *cough* GTA V *cough* without wanting to hack the system. And hacking really is a weapon now. Gunplay is an important part of Watch Dogs with the cover system working perfectly although slightly sticky at times but you will get use to it quickly. However, nothing has ever felt more exciting than being in a gun fight, hacking a security camera and then hacking objects within the environment to win the battle.

Have no cover, hack an area to create a platform. A security guard is coming at you with a shotgun, hack his communication system and give him a case of painful feedback. Even lure a group of guards to an area and explode a circuit board killing them all… oh the fun that can be had! Still, if that’s not your style, stealth it. Go in behind cover and hack the system to avoid all forms of combat. It works.

That’s the best part about Watch Dogs, you play your way. Sometimes you can’t avoid combat but 98% of the time it is your choice. Another great feature of the game where you can spend hours lost in are the mini games, here known as digital trips. Best one is easily Spider Tank. I’ll let that sink in for a few moments while you picture it, and think of the 60’s Spider-Man theme song. Spider Tank put you in control of a large Spider…Tank. You are given basic objectives and get to finally wreak havoc on Chicago in a virtual world. This is a fun break from an otherwise serious game and something I’ve come back to many, many times.

Using your smartphone within the game, Aiden can hack every single NPC to find out important (?) information or hack their bank accounts. Not only does it list personal information but even character traits and income. I’m still getting over the guy I hacked and found out gets aroused while wearing adult diapers. Still, it’s here that problems begin to arise. Known as the Vigilante within the game, Aiden can never give back to the public. Having a morality system embedded within the game feels wasted when you can’t help people apart from stopping crimes.

Time and time again, I’ve hacked people to find they’ve undergone recent chemotherapy or lost a family member, and I’ve wanted to do something to help, but the game doesn’t allow it. I had wished that Ubisoft would’ve put in a ‘Robin Hood’ type of rich-and-poor system but, sadly, nothing is here. Although never promised, it feels like a missed opportunity considering GTA V allows you this and you play as three criminals. Strange.

Watch Dogs is one of the best looking games I have ever had the pleasure of playing or even laying my eyes on. The water and rain effects alone are worth buying this game for. Where it really shines is at night when it begins to rain. The rain pools up on the Chicago streets and roads and the lights reflect off. You walk around and feel like you’re really there. Aiden even has a wet coat and hat, which eventually dries out as you are clear of the rain.

Jump on a boat and the water effects look magical. I never thought I could see something so real but Watch Dogs proves that games are becoming increasingly real. For the better too. One of the best experiences I’ve ever had in a game has been had in Watch Dogs. Police were after me at night in the rain. I was trying to escape the gunfight and decided to hack the ctOS system plunging the area into complete darkness. Every single light connected to the system shut down while I made my escape. Only the police sirens and light from my smartphone illuminated the area. I ran and eventually made my way to an elevated train as the system kicked back on. Chicago sprung to life again and people on the street questioned the situation, as I ran into the train and hacked the system to leave the platform. Police didn’t know where I was and Aiden was free.

It’s moments like this which make Watch Dogs one amazing game. Add into it the musical score which is at times moody but perfectly fits the moment and you have yourself one fine game. Too bad the radio songs couldn’t have been better. Out of all on offer, only three or four are listened too, otherwise I turn the radio off. Such a sad fact because the rest of the game is of such high quality.

Whatever you’ve heard of Watch Dogs already, just know that as I mention at the very top, I was hurt even before playing this game. However, I decided to make up my own mind and at the end of it all Ubisoft did not disappoint. Much like the original Assassin’s Creed, Watch Dogs will make for an even more impressive sequel.

Final Thoughts: If you haven’t played Watch Dogs yet, go out and do so. The open world Chicago is an amazing place to lose yourself in. Add in the fun hacking abilities, interesting characters and engaging story and you’ve got a game not to be missed.