Two kids playing under the covers telling horror stories. One is Victor, dressed exactly as he is 35 years into the future. A woman, presumably his mother, tells him everything will be fine then turns out the light.

Banging and screams sound in the night. Victor sits up in bed then hides in his closet. A man walks in to Victor’s room. Victor has peed himself. The masked man sees the pee leaking through the door. He tells Victor to ‘don’t let the man see you’ and tells him to think of something nice but another masked man walks into the room, asks who he was talking to and shoots Victor against the other’s protests.

Victor wakes up after a nightmare, presumably reliving the past.

Claire and Pierre talk about leaving for Camille’s sake. Neither are sleeping. The gendarmes arrive to take Pierre away for questioning about Lucy Carlston.

Adèle has Simon locked in her attic and brings him both kinds of breakfast but she tries to slow down and ends up having to slap him before he’ll stop. She dresses. She’s conflicted.

Simon is angry, jealous, calling her new partner “such a quality bloke, you can rely on him” with a facial expression that conveys sarcasm more eloquently than words.

The wound on Lena’s back is getting worse.

Thomas, Adèle’s creepy partner, watches Adèle and Simon have sex because the house is fully wired with cameras.

He doesn’t just get a glimpse, he ignores his duties to watch the whole thing.

Every episode shows the dam and trucks that look like chemical tankers with the logo ‘Ortec’. The dam levels are still falling.

Although this episode focuses on Victor and we discover the identity of one of the men responsible for his murder (he repeats what he said to Victor before the murder, word for word), for me the issue in this episode is Adèle’s relationship with Thomas.

For two years he’s had a secret web of cameras set up inside their house to spy on her. His excuse is that she attempted suicide once so he ‘only’ uses the cameras if she doesn’t answer the phone — no mention of ‘and any other time I want to spy on you’ and ‘when you’re having sex with another man’.

For two years he spied on her and now she knows, she wants to leave him. They have a row then Thomas supervises Adèle taking medication. She is zombie-like, more so than the actual zombies, raising questions of domestic abuse that are not addressed.

The Returned continues to be engaging while the plot thickens, darkens like a mulled wine. Exploration of relationships and grief make The Returned ideal for dissection in the TV equivalent of a book club. I’m really enjoying the story although horror isn’t my thing; I’d call this intelligent dark fantasy or science fiction instead. A suspense or thriller, maybe?

I’m watching the series with English subtitles; it’s a bit of a stretch for me (I’m vision impaired) but the subtitles are pretty well done. (Although even my mostly-forgotten high school French reveals some license has been taken with interpretation.) I’ve only had to rewind a few times to get both the text and something important on screen. However,I may merely be ignorant because I’m watching it alone without the minion pointing out things I may have missed. But I’m hooked, I’m following the plot and I am soldiering on, determined to follow the series. 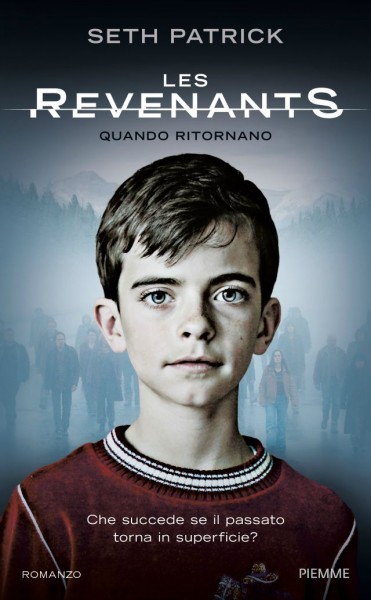