Ellen flees a domestic violence situation with her brother to pose as a Miss Smith, lady’s companion. When arriving in London she finds the dilapidated mansion to which her new employer, Lady Faye, directed her. After standing in the rain with no one answering the door, a drenched Ellen climbs in a window to find a drunk duke, Cal, lounging in a parlor. She considers him an unworthy duke for his absence of manners and too-casual appearance. While the two argue, Lady Faye and her godson/adoptee Owen arrive to settle the argument. They’re staying. And Ellen is indeed Lady Faye’s new companion.

In the tradition of romantic comedy, every primary character trait is exaggerated beyond belief and no one is entirely conventional, much as they may – periodically – attempt to be. Thus hijinks ensue.

For a Regency Romance, The Unworthy Duke is quite racy. Ellen and Cal have an immediate sexual attraction. They fail to maintain even Regency-style social distancing, preferring Janet from Rocky Horror over a more typically Jane Austen style character. I can imagine Ellen singing

…heavy petting… only leads to trouble and, seat wetting,
Now all I want to know, is how to go,
I’ve tasted blood and I want more (more, more, more)
I’ll put up no resistance, I want to stay the distance,
I’ve got an itch to scratch, I need assistance… (from STLyrics.)

Duke Cal is an army veteran who is scarred from the fire that killed his half-brother. Half his face is scarred; this seems to be an ableist use of symbolism to represent his dual nature. Charlotte Anne even uses descriptions of lighting and how he holds his head to emphasize this duality at times.

Apparently after the fire inflicted debilitating scars upon his face, arm and torso, he returned to war. It was an arrow to the knee – sorry, a bullet to the knee – that ended his army career. Anne uses this dodgy knee to elicit sympathy and attempts at aid. Occasionally Cal focuses on his dodgy knee when the Unworthy Duke shifts to his point of view. Particularly when he wants sexytimes and is concerned about his knee giving out.

I’m ambivalent about representation of disability in this novel. Anne appears to intentionally use facial scarring to reflect character in an ableist way and – at times – I thought the author was fetishizing the scarring. On the other hand, the duke isn’t magically healed when this romantic comedy reaches its inevitable conclusion. And, although life dealt him harsh blows, Cal is, at heart, a good man who reacted by hiding away like a porcupine or turtle.

Changing Faces raises awareness of ableist use of facial scarring, including in this video.

The Unworthy Duke is a fun racy Regency romance featuring outrageous characters in impossible situations. Good for an escape from lockdown blues, but not for sticklers who want historical accuracy! Also the representation of disability is … not … fabulous.

If you enjoy Regency Romances, you will love Anne Gracie’s novels too. 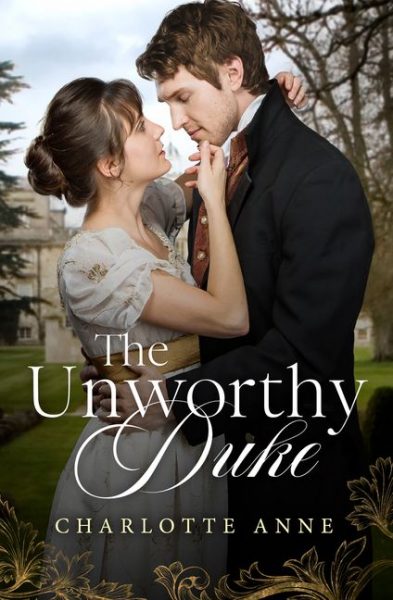