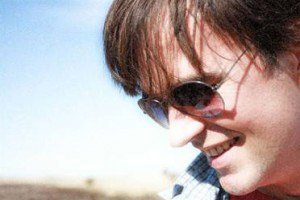 You may recall the sensation that was the Doug Anthony All Stars musical comedy trio. You don’t even have to be old: they reformed in 2013 and toured the UK again! In this podcast I have the privilege of talking to one of the members, Tim Ferguson. Although I had a swag of questions to ask Tim about his career and tilt at running for parliament, his current passions – disability activism and writing/teaching comedy – dominate this discussion. I firmly believe in following a guest’s energy even if it means binning my questions!

Tim talks about his online teaching series. I enjoyed our conversation so much that I enrolled. And, today, I will enjoy the final class in the current series. (Hubby said he heard me laughing and cackling through the first class.) However, Tim provides masterclasses and one-on-one coaching on an ongoing basis. So, if you’re interested, it’s worth contacting him at Cheeky Monkey Comedy (not to be confused with the brewery) to find out what is coming up.

If you enjoy this podcast, I recommend listening to Brinna Kelly talking about making her passion project The Fare.

Cheeky Monkey bio (different to the podcast version, which is MUCH shorter.)

Note: this section has some minor changes from Tim’s website because Yoast threw up a red light.

Tim is a patron of MS Australia, and national advocate for employment of people with disabilities.

Recent credits include: co-writing (with Edwina Exton) co-directing (with Marc Gracie) the romcom feature film Spin Out [Sony Pictures]. He is Series Script Editor for the ABC1 sitcom Ricketts Lane.

He writes The Ferguson Report, a weekly news satire column in online newspaper The New Daily. He also makes regular appearances in the media. 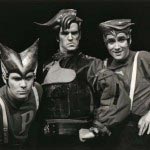 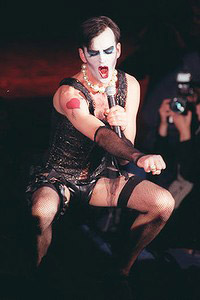 ncluding Good News Week and was a 1990 candidate for the seat of Kooyong.

Tim shocked and rocked as Franknfurter in the record-breaking Sydney production of Rocky Horror Show.

I would have LOVED to have seen Tim as Franknfurter!

Cheeky Monkey on Tim Ferguson as a teacher

Although I introduce this podcast with a different bio, I’ll include this one from his website here:

Thanks for reading this far and, hopefully, for listening to the podcast. If you’re interested in writing comedy, I highly recommend Tim’s materials and those of his heroes mentioned in the podcast. Although I completed a writing and editing degree at RMIT we didn’t cover anything about comedy. Tim has opened a whole new world to me, one where I might be able to write funny! My own book has been on hold because I feared it was becoming a bit too melodramatic and needed something to balance it. Now I’m tossing up the possibility of rewriting it as comedy – and I think it’s possible with the framework and storyline I’ve already mapped out! Nothing is impossible.

Stay safe and look for diamonds in the rubble.