Once upon a time Red Riding Hood’s cloak wasn’t red. And Red Riding Hood was the wolf. Who lived in fear of the Woodsmen, who are coming to steal away a wolf-girl on the king’s orders. The village women are tying down the trees to prevent them fleeing from the Woodsmen’s path. The village seer disguises Evike, the failed wolf, so she’s a sheep in wolf’s clothing. Then the wolf and the woodsman leave together, facing the terrors of the forest before facing the terrors of the city.

By now you’ve probably guessed this is high fantasy. The tribe aren’t really wolves, they’re human but their – totem? – is the wolf. Evike is a failure, considered barren, because she has no magic. But she’s still a “wolf-girl” because she is a woman of the Wolf Tribe.

The Wolf and the Woodsman is a lot like There Be Lies by Nick Lake: it blends various religions and mythologies together alongside various peoples. There Be Lies used Native American legends, Hansel and Gretel and more. The Wolf and the Woodsman blends something like Native American tribes with Baba Yaga and Lord of the Rings (Ents anyone?), and much more.

If I had to pick one genre to force-fit The Wolf and the Woodsman into, I’d pick romance. The romantic elements are predictable from the outset. However, Reid allows the characters to open to the reader and to each other like rose petals unfolding in the sun. I enjoyed the romance but particularly Evike’s healthy attitude towards sex. There wasn’t much in the way of sexytimes in this novel but her yearning and previous experience is healthy, particularly in light of her 25 years of age.

The Wolf Tribe is matriarchal, with men only working to serve the tribe and service the women by consent. Women, as magic users, are of primary importance. The tribe prays for more baby girls and never for more boys. However, the country’s dominant religion – and that of its neighbors – is a patriarchal religion that is suspiciously Christian-like, right down to wanting to discriminate against, maim and kill those unlike them. (Ok so not all Christians, just a lot of MAGA-types.)

Race and racism is a thread of this novel with the tribes sounding like colonized and brutalized Indigenous tribes the world over. The Yehuli are obviously Jewish. Up north there are others who are very pale, with blond hair and blue eyes, but seem to stand in for Eskimos and similar Indigenous peoples with their skill for surviving in harsh Arctic climes.

Racism is dividing the country. “A house divided against itself cannot stand” and it’s threatening to fall. Beleaguered by aggressors, it could, potentially, stand if only it wasn’t too busy trying to destroy its own citizens.

There’s a lot to love in this story.

The Wolf and the Woodsman sucked me in with its mash of legends, its romance, its social issues, and its overtones of nostalgia (it reminded me of Andre Norton’s Witch World series).

However, once I was hooked, Reid indulged in a bit too much melodrama, especially in the climax. I mean really! How many times and in how many ways does one person have to be killed before they die?!? This isn’t an operatic death scene you know!

I smiled at the time because I felt Reid saying “I’ve got you, I won’t lose you now, so I’M GOING THE WHOLE HOG!”

The Wolf and the Woodsman is high mythological and religious fantasy featuring social issues, international conflict and religious zealotry destroying a country while two people – Romeo and Juliet types – fall in love. Only this isn’t a tragedy. The climax goes overboard but, by that time, if you’re still reading you’re hooked. Ava Reid is an author to watch: in my opinion she is so much better than certain VERY FAMOUS, VERY POPULAR young adult authors. I look forward to following her career.

If you enjoy Red Riding Hood stories, you might enjoy this movie. And if you enjoy high fantasy with a mythological and/or religious foundation, I highly recommend There Will Be Lies by Nick Lake.

Rating: 4 out of 5 stars (operatic death scene loses a star but still makes me laugh) 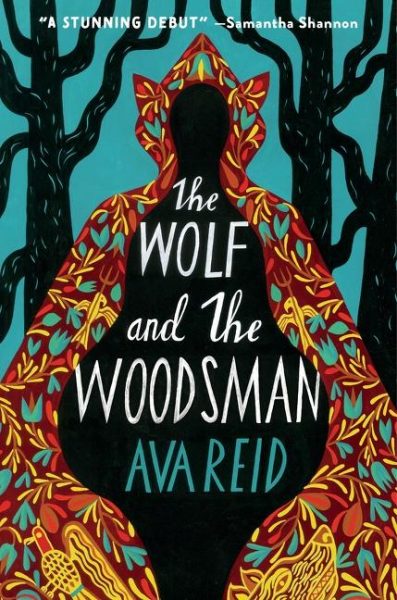