Sara’s husband Sigurd goes away for the weekend. She is a therapist so sees her Friday clients before expecting a weekend to herself. But, on Sigurd’s first evening away from home, his friends call to say he never arrived. She veers from worried to angry. It appears Sara is trying not to imagine the most likely explanation: that he is cheating on her. But then police arrive to tell Sara that he is dead.

The Therapist has a meticulous yet twisty plot. Early on, I wondered if The Therapist was the new House Guest by Hugh Mackay, another riveting read with a twisty ending.

Thanks to Flood’s foreshadowing, I briefly guessed the identity of the murderer. However, this story and the characters are so complicated – and some twists unforeseen – that I dismissed that particular guess. And continued reading, engrossed.

I loved The Therapist, from the odd mind of a psychologist/counsellor to her clients who might be extensions of her mind, to her isolation – caused by her relationship with her husband – to the murder. Sara grows as a person through this novel. It appears that the absence of her husband frees her to reach out to others. And yet it appears someone is gaslighting her. Is she guilty (and mentally ill) or is she being framed?

Suspense builds to the end of the climax where we’re left with questions that are not resolved until the very end of the novel. The Therapist is a gripping read. I highly recommend it!

After reading The Husbands and The Therapist back to back, I’m reading a kids’ book for review to give myself a break from the adrenaline! 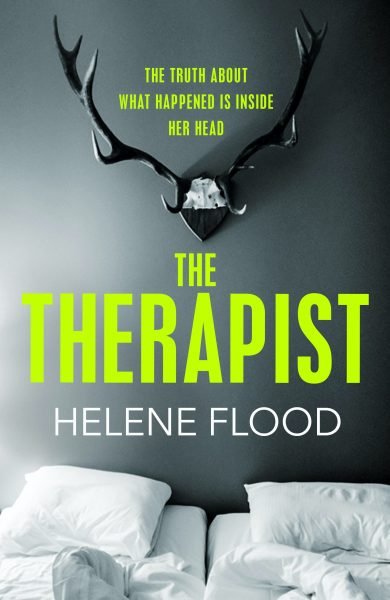