The original Suicide Squad was SO BAD that I decided not to watch any sequel. However, Daniel Haynes raved about Peacemaker the TV series so much I watched the pilot.

Peacemaker’s pilot includes a recap from The Suicide Squad (the second movie) because the movie is pretty much a pilot for the TV series. The recap was a damn good advert for the movie, as was the Peacemaker pilot.

The next night, hubby and I sat down to watch the Suicide Squad.

Although the premise is the same for the sequel – ruthless government agents bullying and buying criminals for a suicide mission – this one is actually funny.

Team A arrives in style to do a “Gallipoli”: run up the beach only to be slaughtered. Some hilariously as long as you don’t mind gruesome blood-splattered humor.

Send in Team B. Who disobey orders to get shit done.

There is King Shark, a shark man. As in, he’s like an overweight man in board shorts but he has the torso, flippers and head of a shark. And needs to be reminded what is food and what isn’t. King Shark is voiced by Sylvester Stallone but the “on-set” actor is Steve Agee, who also plays John Economos.

Of course there’s Harley Quinn played by Margot Robbie. She’s consistent in her portrayal of this character. I enjoyed Birds of Prey and am hoping Gotham City Sirens is just as good if not better. This emancipated Harley is far superior to the Harley who is merely the Joker’s side kick and play thing.

Then there’s Peacemaker himself. He looks suspiciously like Captain America with an even “more” lantern jaw (is that jaw natural or artificial?!). Ironically, Peacemaker’s vow is to promote peace no matter who he has to kill to achieve his goals. If innocent people are mistakenly killed along the way, then that’s just unfortunate collateral damage. The end justifies the means.

This isn’t quite as big a deal in the movie as it is in the series… heh heh heh.

I loathed the original Suicide Squad. The sequel is brutal but hilarious. It leads in to a TV series that, in the words of Daniel Haynes, “is better than The Boyz”. And this movie is even better because enjoyment does not rely on any knowledge of that OTHER movie. It does not exist, it is DEAD TO ME.

But THE Suicide Squad is alive and well. 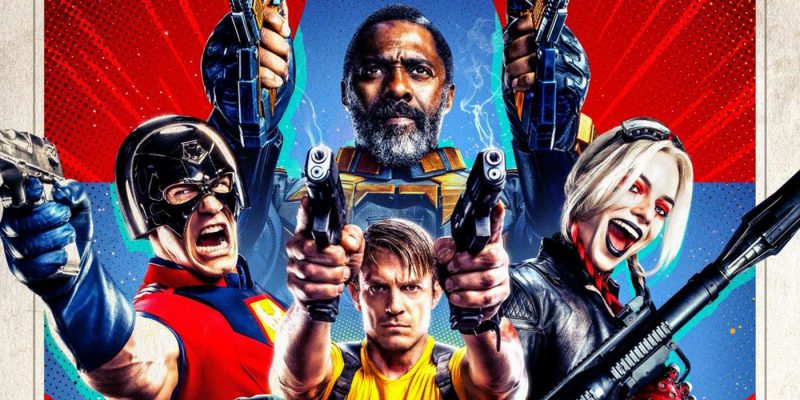