Once upon a time a long, long time ago –

Well, would you believe six months ago, then?

Okay.  Once upon a time six months ago, at Continuum –

Not the TV series, NO. Continuum is a national SF convention in Victoria, Australia.

Once upon a time six months ago at a science fiction convention in Melbourne,

Not the kind using stanley knives to cut cardboard boxes.  Boxcutters is a podcast about what’s on TV.

Once upon a time six months ago and a science fiction convention in Melbourne, the Boxcutters volunteered for a panel.  The program said:

Australia has a great tradition of SF & fantasy children’s television, but why don’t we make it for adults? Josh Kinal and John Richards from the Boxcutters podcast investigate with special guests!

Josh and John ARE the Boxcutters.  Really.  Can I continue?

Okay.  So.  In their infinite wisdom, Josh and John took liberties with the above program description and, apparently at Josh’s behest, decided to debate “All science fiction on television is crap.”   At a science fiction convention.  Seriously.

During the preliminary speeches John vowed and declared that this debate AND this topic were NOT his idea AND that he’d warned Josh that Josh was likely to be LYNCHED.

Josh took the affirmative.  I suspect that John REFUSED.  Unsurprisingly they didn’t find any volunteers to join them in this debate.

Early in the debate Josh showed clips of a few TV shows.  INCLUDING Blakes 7.  Admittedly he showed the bit where the Liberator was attacking Avon and Blake with really cheesy special effects…

BUT JOSH USED BLAKES 7 TO ILLUSTRATE HIS ARGUMENT THAT ALL SF ON TV SUCKS.

I came home and promptly posted this:

Have you ever wondered WHO the suck fairy is? I found out today at Continuum 8. SOMEONE played a scene from Blakes 7 with Blake and Avon as part of his illustration to ‘prove’ that all SF on TV is rubbish. Yes, that’s right, the suck fairy is JOSH KINAL.

PS I enjoy Josh’s work on  Boxcutters – just not his choice of topics or choice of sides for a debate.

PPS By the time John Richards had responded ONCE, Josh started to try to change the basis for the debate…

Josh, being the stirrer that he is, promptly ‘liked’ and retweeted my tweet broadcasting this link. 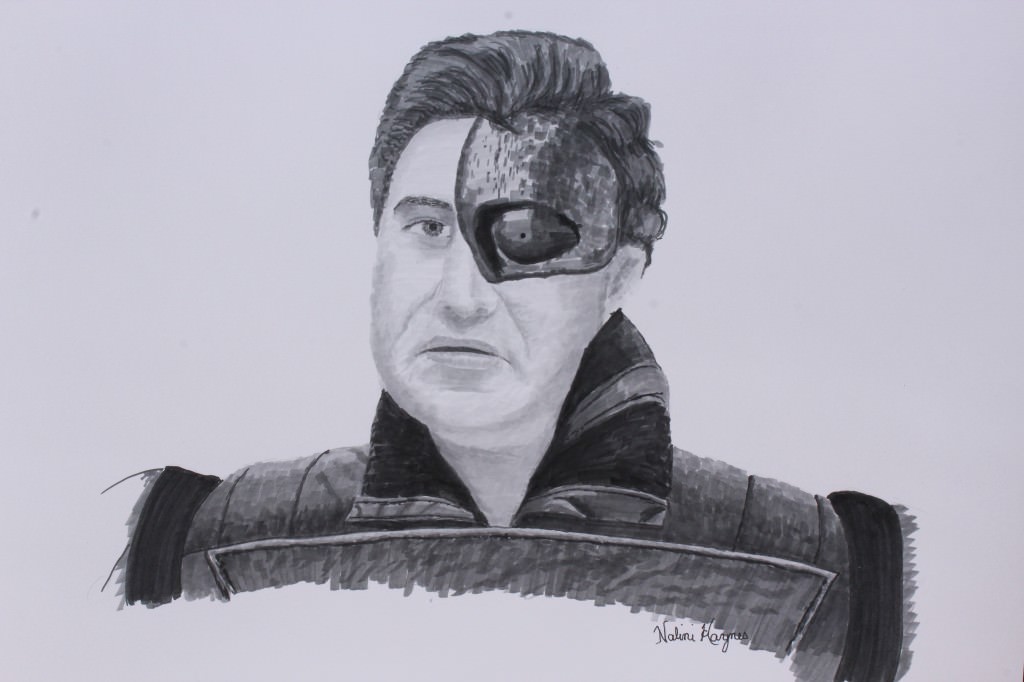 The below drawing inevitably followed because, you know, the good guys always wear white 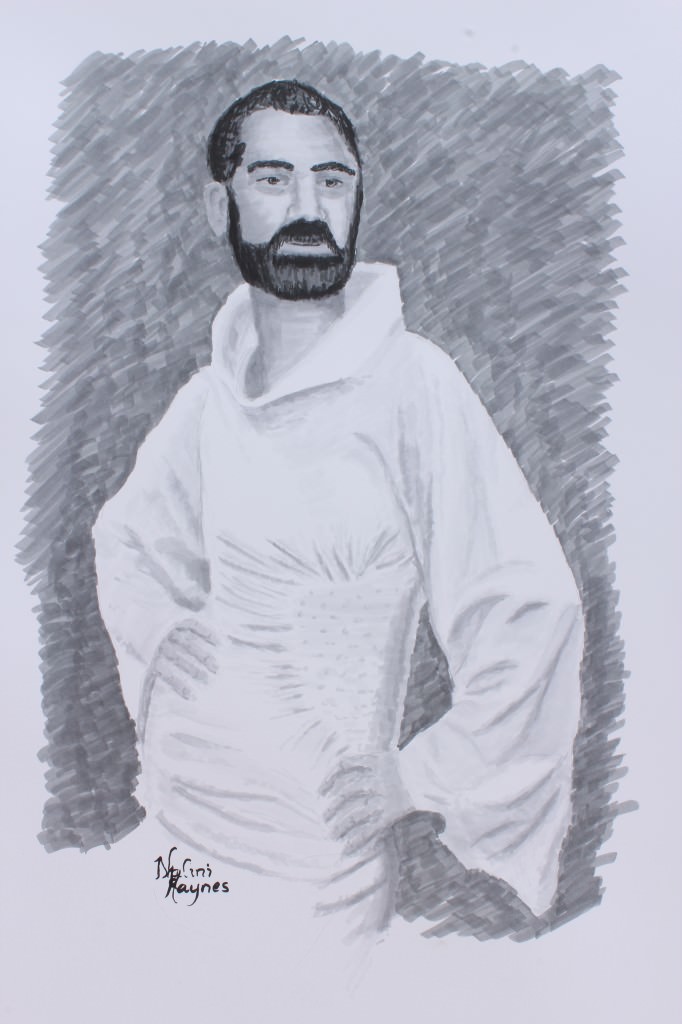 Defender of the Faith