One night Tallula Murray went to a party at a friend’s place and didn’t come home. A year later, Tallula’s mother, Kim, is raising her teenage daughter’s son Noah, while grieving for her daughter. The Night She Disappeared shuffles forwards and backwards through the timeline from 2016 to 2018, carefully avoiding the pandemic that will impact contemporary fiction for decades to come. Jewell presents the pivotal moment then allows the characters to evolve. What happened? Why didn’t a devoted teenage mum come home? Where is she?

Jewell presents every parent’s nightmare with drama and escalating tension, a remarkable achievement. The questions are why did she and her boyfriend disappear? Where is the body or bodies?

When a new head teacher starts at an expensive school for elite dropouts, his girlfriend – Sophie, a crime writer – finds clues obviously left specifically for her. By this stage Tallula disappeared over a year ago and yet someone is playing cat and mouse, leaving breadcrumbs for investigators.

As the story unfolds, the obvious failure of police to procure mobile phone records including text messages or even just metadata, frustrates the reader. Admittedly having these records would not solve the mystery. But the story would have been very different if that information was in the mix. And, as the story is set in 2016 to 2018, police should have procured at least some of that data from the service provider without the phone.

The other prominent flaw in the story is that someone knew, ahead of time, that Sophie is a crime writer using a pseudonym. She’s well known in Denmark but not in England. So how did Hansel and/or Gretel find out to target her with these breadcrumbs? This seems a little “because plot”.

Quibbles aside, The Night She Disappeared is an engaging thriller with a number of twists and turns along the way. I did not expect the ending. Straight after reading The Husbands, this novel is another adrenaline shot. I highly recommend this as a thriller.

Warning: I needed a lighter read after consecutive thrillers.

If you enjoy a good contemporary thriller, try The Husbands by Chandler Baker and The Therapist by Helene Flood. 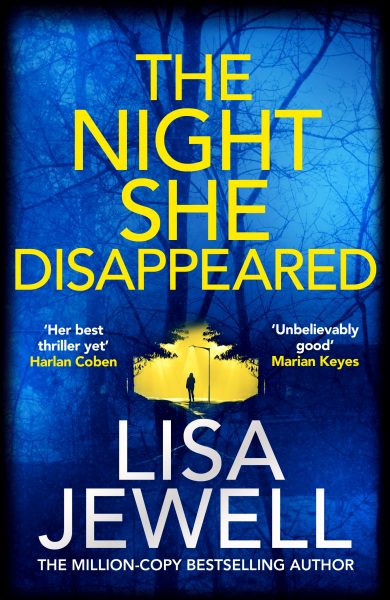