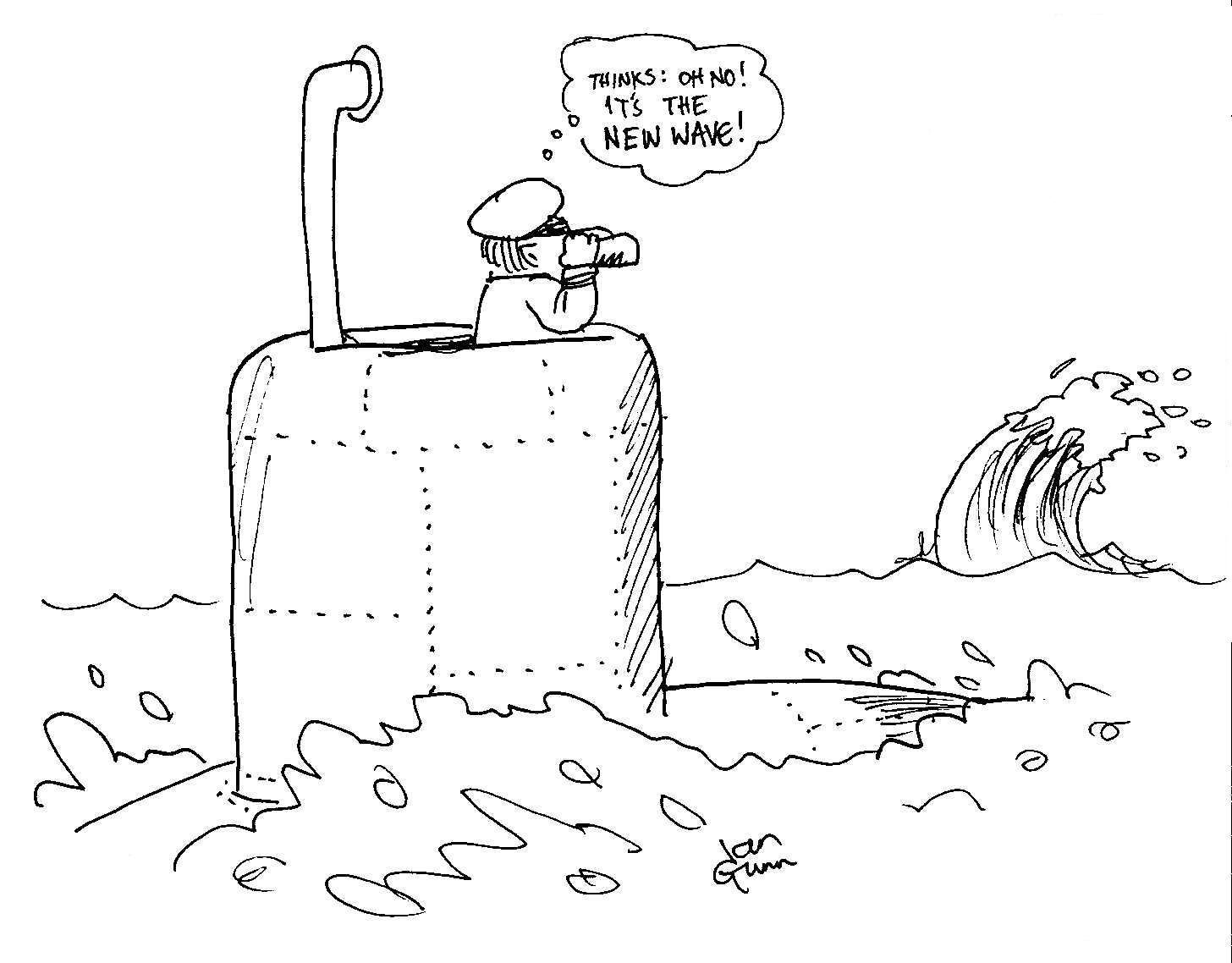 A submarine captain looking through binoculars sees a new wave and thinks “Oh, no!”

This image is a multilayered pun. The wave is visually heading in the same direction as the original Japanese Wave print while also heading AWAY from the submarine. 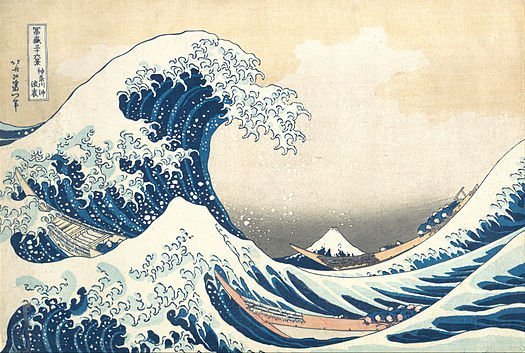 Ian Gunn’s image is also making a music reference: the New Wave is a genre encompassing numerous pop-oriented music styles popular in the late 1970s and the 1980s with ties to mid-1970s punk rock (Wikipedia). And if you’ve been following Ian Gunn’s work, you’ll know he loves puns.

Good morning. #SeeingEyeDog training at 6am before it gets hot, before my booster and so @visionaustralia can manage training during the pandemic #flexible #dogs #dogsofinstagram