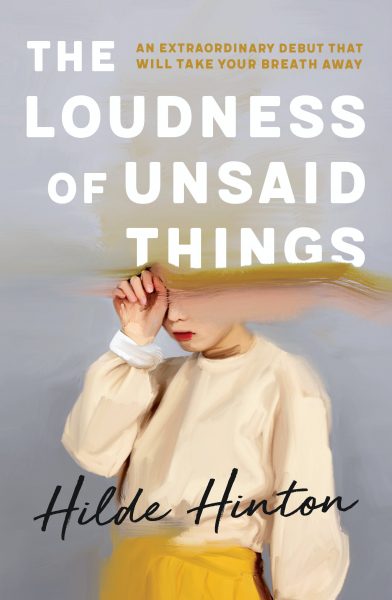 The Loudness of Unsaid Things starts with Miss Kaye working at The Institute. A place for the damaged, the outliers, the not-quite rights. Everyone has different strategies to deal with the residents. Some bark orders. Some negotiate tirelessly. Miss Kaye found that simply being herself was mostly the right thing to do.

Susie was seven when she realized she’d had her fill of character building. She’d lie between her Holly Hobby sheets thinking how slowly birthdays come around, but how quickly change happened. One minute her Dad was saying that the family needed to move back to the city and then they were there. Her mum didn’t move to the new house with them. And Susie hated going to see her mum at the mind hospital. She never knew who her mum would be. Or who would be there. As the years passed, there were so many things Susie wanted to say but never could.

Words you so desperately want to voice but don’t know how to can be internally deafening. They scream at you whenever you enter a calm moment and stop you from sleeping. This is the loudness of unsaid things that dominates this unforgettable story of loneliness, isolation and survival. Miss Kaye teaches Susie about the loudness of unsaid things and that living can be more than just surviving.

Hilde Hinton was only 12 when she discovered her mother’s body after she had committed suicide. Parts of this book I presume are autobiographical. It is impossible to say whether the protagonist Susie is based on Hinton herself. But what I can say is it was the story told by Susie that had me turning the pages quickly. I really felt for Susie and her desperate need to be seen and loved, especially by her mum.

Witnessing her loneliness and her struggle to be accepted was heart breaking. She is a character full of strength but who just does not know how to live. A character that will stay with you long after you have finished the story.  I tend to agree with other reviewers that a little more at the end to cover life between the teen and older Susie would have been satisfying but perhaps that’s a sign of how much I felt for the young Susie.

The Loudness of Unsaid Things is tender, intelligent and humorous (in places). It is a story about kindness and compassion, especially to those in less fortunate circumstances. My main issue is that when I finished reading the book I was left a little confused. I wanted to love it. But I just felt there was something missing. It felt there was so much between the main event and the ending that I wanted to know more about. I felt the Susie story had ended abruptly and, although it all made sense in the end, I was left feeling disappointed and unfulfilled.

Overall, a fantastic attempt at a debut novel and one that I would definitely recommend to friends. What a great book club novel The Loudness Of Unsaid Things would make. There are so many talking points! I look forward to what Hinton produces next.