Another wedding. George R R Martin has become predictable: it’s a wedding? SOMEONE MUST DIE. Who will it be this time?

This zode leads into the wedding between the Lion and the Rose (Joffrey Lannister played by Jack Gleeson and Margaery Tyrell played by Natalie Dormer), with Shae (Sibel Kekilli) tormenting Tyrion (Peter Dinklage) because she wants to be his partner. Tyrion turns her down because he’s afraid for her life. He’s brutal in his rejection because he wants her safely away.

Joffrey is appalling, insulting and threatening just about everyone in an attempt to justify regicide.

Cersei (Lena Headey) is nasty and vindictive, as if she wants to be next on the kill list.

Ser Dont0s (Tony Way) gives Sansa (Sophie Turner) a necklace that may be the source of the poison at the wedding.

After an entire episode that focuses almost exclusively on Kings Landing and the wedding, we see the wedding feast. Joffrey’s behavior is appalling. Then he dies.

Cersei screams that Tyrion did it because they’ve fought like brother and sister, plus Tyrion had motive and opportunity. But then, so did several other people.

Even at the end of Dance With Dragons (book 6), I didn’t know who was supposed to have murdered Joffrey. My money is on Oleanna Tyrell (Diana Rigg) for two reasons: she’s kickass and she loves her granddaughter: she doesn’t want Margery to be Joffrey’s next victim.

It’s all a bit tragic and soapy, really. Watching the TV series I understand why so many give up on the series in this season and next, especially some of the spoilers on the Internet. Reading it and watching it fresh the first time through is one thing but watching it a second time — and this is the second time I watched this zode — after having also read the books and I see how much of a pornographic soapy it really is. Does this matter? I don’t know. It depends: do you love soapies, fantasy, boobs and/or blood enough to compensate for the bits you don’t like?

I’ve heard that many people who read the books don’t read the entire text, they just pick the characters they like and read those chapters. So it’s possible, while reading, to focus on Daenerys or Arya or Jon Snow and skip some of the other bits. I suspect that flexibility in reading coupled with diverse fandom communities is why Game of Thrones the TV series is so controversial although it’s still following the books fairly faithfully. The TV series diverges from the books very soon but not quite yet. 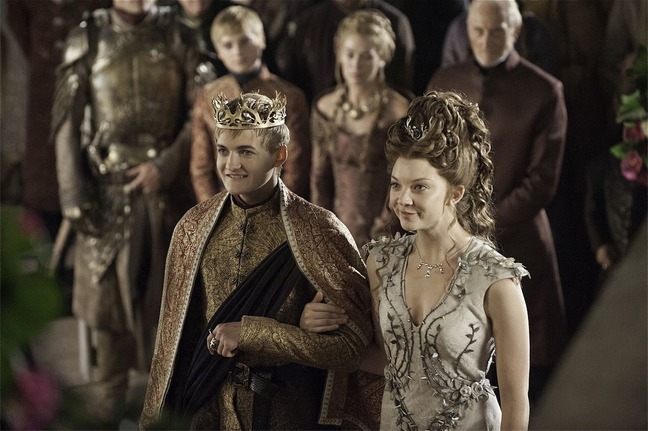