Well, it’s getting harder to get access to my computer to write up reviews lately. Admittedly that’s partly my compulsive news-watching, but it’s also due to hubby working from home in my study. Not to mention having the Pfizer jab and not feeling the greatest afterwards. But hey, I’M FULLY PFIZERED. Now I just have to wait 11 more days for maximum immunity! That’s my vaccination “inheritance” but I’m here to talk about a completely different inheritance…

Maggie stealthily enters her father’s house, raids his safe for cash – only part of her inheritance – then searches for a map. Her father surprises her then attacks her. She fends him off. He tumbles down the stairs to his death. She flees.

We find Maggie serving drinks. Like Clancy, she’s disappeared in the north and police “don’t know where [s]he are”. A local crime lord breaks her boss’s nose so she blows up his warehouse. Just because.

A cop friend of her father’s shows up to take her back to Melbourne. He wants to access her inheritance, her father’s possessions in a lockup somewhere, to find some information held on a thumb drive. Cue ROAD TRIP.

This novel is billed as “John Wick on steroids”. I don’t know about the steroids bit but it’s definitely well in the “John Wick” camp. I’m not a huge fan of the JW movies but I’ve watched them all with hubby. I enjoyed The Inheritance more because there’s character development. Maggie is trying to work out who she is separate from her abusive childhood and father. Other people help her with various motivations. Some of these develop over time.

However, there are plot holes. Maggie acted in self-defense and did not intentionally kill her father. No one knew she was at the house. And yet police have decided, somehow, that her cop father was murdered and she did it.

Furthermore, it’s beyond belief that a cop couldn’t invent a plausible reason for a warrant to search for the thumb drive.

But then John Wick didn’t always make sense either. Really it’s just shooting and explosions strung together with a thin plot. The Inheritance has a plot and character development.

John Wick and Sons of Anarchy fans who enjoy reading are going to love The Inheritance. I have the impression that this novel is the first in a series about Maggie with more backstory to come about a kick-ass woman vigilante so mired in shades of grey that she’ll forever be on the wrong side of the law.

The Inheritance is a more serious and bloodthirsty version of Wicked Business by Janet Evanovich. 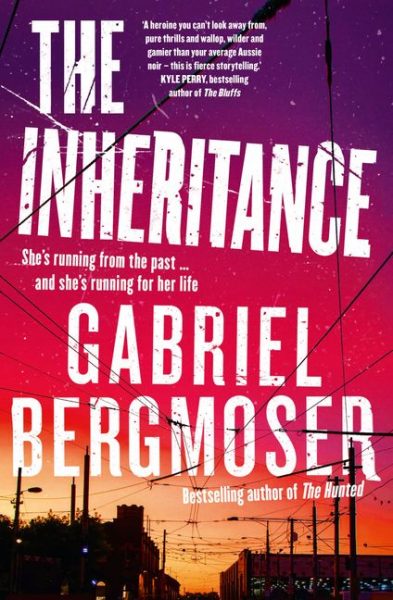