It is 1840 in Shropshire, England, when Etta spontaneously grows wings only to be shot by a surprised young man. A corpse salvaged from the Thames is a winged woman. The fisherman sells her to a a surgeon with entitlement issues. The surgeon’s wife, Anna, is a gifted painter. Etta is a gifted and dedicated botanist. We meet more women who have gifts.

Not the usual tropes

Wings are usually attached to angels or other metaphysical creatures in fantasy stories, however, Hyder’s imagination is more expansive, more subtle.

I’ve wrestled with writing this review for a few weeks because an original provocative novel such as this deserves more than clichés. And then there’s the challenge of talking about a unique story without spoilers! I’ll do my best.

Feminism in the 19th century

The central characters in The Gifts are a group of women, each of whom has a particular skill or passion. As previously stated, Etta is a botanist and Anna a painter. One woman tells stories, another develops a passion for journalism.

Nineteenth century morals restrain and punish women in various ways. One suffers a controlling husband. Another, unwed and pregnant, flees after her family disowned her. The journalist, prior to earning money for her burgeoning craft, takes piecework and writes her adoptive uncle’s articles for him to help make ends meet.

Without hectoring, Hyder unravels the destruction caused by a strict patriarchal society, and allows her beloved characters to evolve in various creative ways.

The Gifts is a magnificent exploration of the world of women and the men in their lives. It is almost a domestic tale like Franzen’s but, masterfully woven by a woman, has more depth, love and passion than Franzen could hope to achieve. This novel is epic in scope and yet felt quite short. (The story is 469 pages plus additional material.)

The publisher has anticipated The Gifts‘s popularity with book clubs, including questions for discussion.

I highly recommend The Gifts.

Published in Australia by Allen and Unwin. 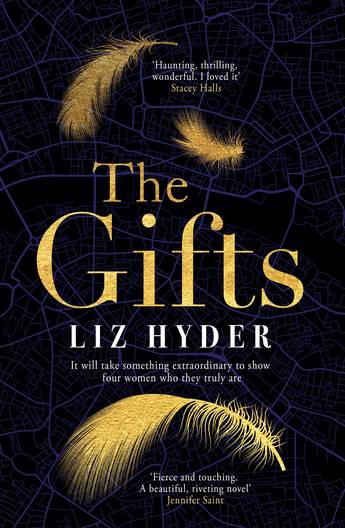