Trigger warning: there are no actual depictions of rape or murder but characters contemplate these possibilities and live under the threat of a serial rapist/kidnapper.

Chloe is a scholarship student in year 10 at Balmoral College. It’s not going well but she’s surviving. Natalia is an entitled rich kid with a reputation for being a bit of a bitch. Yin Mitchell’s kidnapping rocks the entire school community. This is the story of the gaps Yin leaves.

This year you’d be forgiven for thinking this was a true story. However, The Gaps is fiction set in contemporary Melbourne. But, really, it could be any private (non-government) wealthy school anywhere.

Balmoral College is an all girls’ school. Hall focuses on Chloe and Natalia, two girls at this school, and their mothers. They react to all the men in their lives, worrying, focusing on everything from a teacher wearing indecently tight pants to fearing their own fathers.

Natalia’s mother is a successful lawyer.

Chloe’s mum works shifts and struggles financially but she’s a good single parent. Even though he moved back from Western Australia, Chloe’s dad lives too far across town to be readily accessible. And, let’s face it, he’s a man… with a history… and is a suspect along with all the other men.

Me Too, Too Many Women, March 4 Justice…

Hall’s themes resonate particularly strongly after years of the Me Too movement. More recently, Brittany Higgins’s allegations of rape in a minister’s office in parliament house rocked the nation. Then Kate’s friends made public her allegations of Attorney General Christian Porter raping her. Kate’s death, according to former prime minister Malcolm Turnbull, needs an inquest. And on the day I started drafting this review, revelations came out about Sarah Everard’s abduction and the involvement of a police officer.

It may appear that I’m rambling … perhaps I am, a little, but my point is that The Gaps explores related issues although it was finished before these specific cases could be worked into the story.

My only problem with this story is Hall weaves Bill Henson’s work so intrinsically that it becomes part of the plot. I love that Chloe realized that his work is white-focused – she finds one photo with one colored person – and goes in search of “people like me”. However, there’s a major squick/potential predator factor here that’s not mentioned.

I studied Bill Henson at art school and he came up as part of Reins, Rope and Red Tape: the disability arts advocacy program by disabled people for disabled people that was axed when the government defunded Arts Access SA. Henson’s work was controversial. I was and remain personally very SQUICKED OUT by a middle aged photographer intentionally and, I believe, exclusively seeking out underage models for explicit poses. All while they are/were too young to give informed consent or understand the potential consequences.

And I, for one, always wondered that this famous photographer used young teens as subjects instead of seeking out adults, or adults who looked young enough. However, that aspect – Bill Henson as potential threat – is omitted. It’s about the only potential male threat that isn’t raised. But then, his work features but he as a person does not.

The Gaps is about the spaces left after Yin Mitchell, one of their peers, was abducted from her home. The ripples vary: Natalia used to be close to Yin so she’s devastated and trying to cope. Chloe barely knew Yin but the potential threat of a serial rapist/killer connected to the school preys on her mind, affecting her deeply. And influencing her artwork.

The Gaps is powerful. On some levels it’s a difficult read, but it is an excellent platform to have Those Discussions with teens and adults. Those discussions of how women fear men with good reason. And those discussions about how women put effort into not getting raped all the time. Or how, no matter how much effort you put in, no matter how careful you are, sometimes the rapist wins. The Gaps could be a brilliant basis for health education studies for teens but I also recommend it for teens and older.

Although Cloudwish is a very different – much less dark – novel, it has parallels in that the central character is not-white, deals with racism, and is an artist. I recommend Cloudwish as a lighter read to help relax after reading The Gaps.

If you enjoyed Influence, read The Gaps. 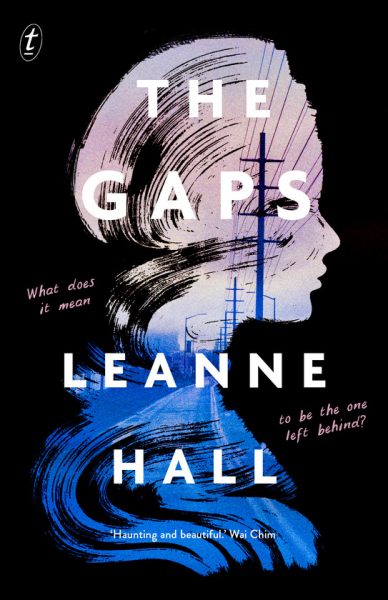