Playfair’s skepticism is short lived as the poltergeist makes itself more apparent. The family and investigators find out the poltergeist’s name is Joe Watson and begin to work out how to rid the house of Joe. But will Maurice’s haunted past stop him from helping the Hodgson family?

The Enfield Haunting is a three episode miniseries based on the true story of a poltergeist in the London Borough of Enfield.

The quality of the miniseries in terms of production feels like it could have been from the late 80s or early 90s. However, instead of taking anything away from the miniseries, this works in its favour by adding a gritty atmosphere that feels right for a horror story set in the 1970s.

The relatively small cast all perform their roles well although, given that I primarily know Timothy Spall as Peter Pettigrew in the Harry Potter series and Beadle Bamford in Sweeney Todd: The Demon Barber of Fleet Street, it was discombobulating to see him as a protagonist. After the first episode though, it was easy to look past this and see a good performance from the BAFTA Award winning actor.

Overall, I recommend The Enfield Haunting for fans of horror based on a true story. While the haunting itself would have been terrifying for those living it, there isn’t enough horror throughout all three episodes to entertain viewers watching purely for the thrills. However, it is a good look (albeit dramatised) into the examination and history of a true haunting. 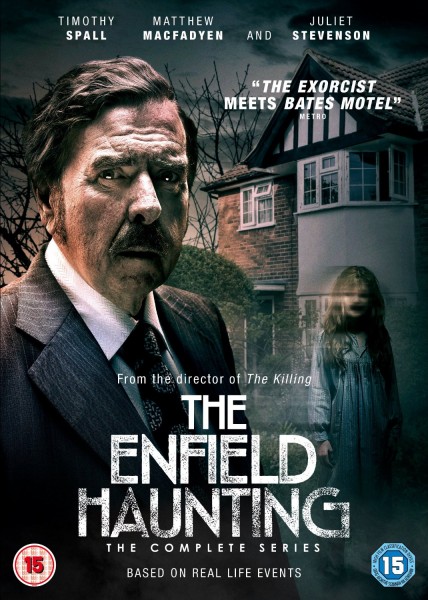