Frankie’s family call her ‘Bunny Rabbit’ and discount her abilities. Starting sophomore year at high school, she discovers her new height and curves get her noticed, including by her long-time crush, where she’d been ignored the previous year. However, Frankie isn’t the type of girl to be happy being arm-candy; she wants to be part of the fun.

Frankie’s dad was a Basset Hound, part of a secret boys’ society at her school, Alabaster Preparatory Academy, when he attended. Now Frankie finds her boyfriend is a member but he won’t confide in her. So Frankie hatches a diabolical scheme…

The Disreputable History of Frankie Landau-Banks begins with Frankie’s letter of apology, written after the events described therein. Thus I was hooked: I wanted to know what Frankie did and how. Throughout the book there are passages that I must describe as exposition and yet they were compelling reading; I’m not sure if it was the voice, the tone or the style but these passages are just as compelling as the action.

Frankie is a master strategist, critiquing society, the social order in school and the battle of the sexes. OMG, I wish I’d had this book when I was in high school. And I wish I could have given it to my own daughter. As a feminist critique, The Disreputable History of Frankie Landau-Banks is excellent. As a YA novel, it’s entertaining. As both combined, it’s a must-have for every teenage girl and a good read for both sexes of all ages.

Go. Read. It will only take a few hours — until the urge to re-read strikes. I’m not sure which is more compelling: the urge to re-read or the urge to read some of the texts cited within Frankie’s Disreputable History. P G Wodehouse has been on my ‘to read’ list for ages — last time I tried to find some in a bookstore, they didn’t have any in stock — but after Frankie’s ebullient recommendation of Wodehouse, I find he’s climbed up the ladder.

John Green says E Lockhart is “one of our most important novelists”. 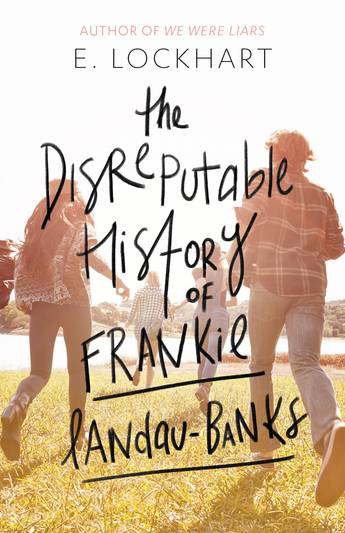