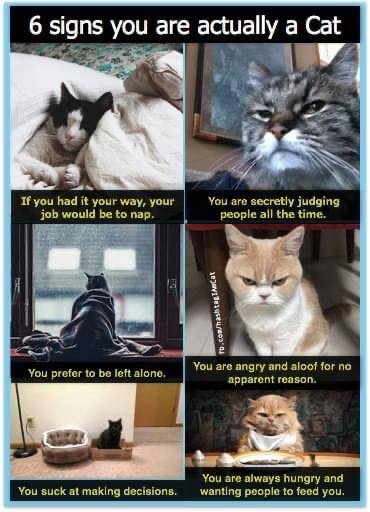 The difference between cats and dogs

A friend on Facebook – possibly a punster like Paul Mannering? I forget who now though – posted the above image with 6 signs you are actually a cat. I laughed. And couldn’t help but compare with Silkie who seems to be very cat-like at times. So I thought I’d post it here and talk about the similarities and differences between cats and dogs – or at least my dog!

If you enjoyed this, you might enjoy comparing donkeys to dogs.