A ship rolls through the fog, its doomed crew fallen victim to an engineered plague. Yat Jyn-Hok —disgraced cop, former thief, long lost love to a flame-haired street girl — stumbles across its deadly trail, but powerful men will do anything to keep it secret.

On the one hand, I love this intro SO MUCH. But it really doesn’t do the novel justice.

Dawnhounds is set in an Ankh-Morpork type city except this city is architecturally NOTHING like London. Instead it’s a far-future setting where iron is a relic of a feared past. Buildings tend to be grown. I confess I kept visualizing toadstool houses (although not the kitschy red-with-white-spots species). But that’s probably just me, my reaction to the detailed description of these living houses.

If you’ve looked at any blurbs for Dawnhounds, you’ll know Tamsyn Muir describes it as “a wonderful queer noir fever dream”. Yat is in love with the memory of her teenage lover who disappeared years ago. She suffers in this city where “unnatural” affections are punished. Authorities police the police, including an officer who never married. Marriage, and to the opposite gender, is the only acceptable path for everyone in a society that echoes the Handmaid’s Tale (except fertility doesn’t seem to be a problem).

Stronach also represents disability. Some people are elderly, some are different, and one police officer loses a leg during this novel. He doesn’t disappear. He retains agency. He’s not a villain.

Excuse me while I give Stronach a bloody great big cheer.

My understanding is that Stronach represents at least one of the minority groups they include in this novel.

Usually when I buy a novel or borrow one from a library I consider it a “free” book: that is, I don’t review it. However, Dawnhounds: Against the Quiet nagged me for a review. So here it is.

Dawnhounds is part Ankh-Morpork with a bisexual early Vimes. The novel also has echoes of The Handmaid’s Tale and possibly a bit of the Tales of Earthsea thrown in for good measure. Wonderfully imagined, epic world-building, excellent unravelling of the plot… my only criticism is I AM NOT SATISFIED. This is book one and THE STORY NEEDS TO BE FINISHED.

Winner of the 2020 Sir Julius Vogel Award for Best Novel. 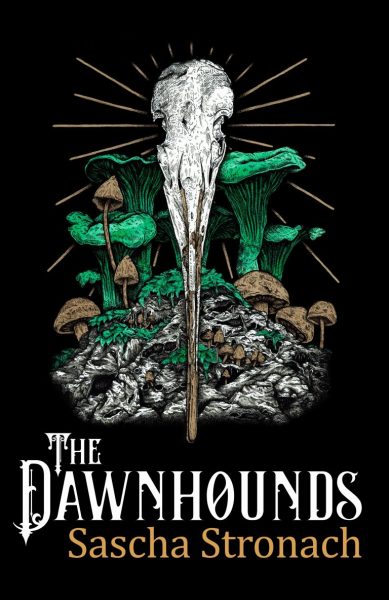