Netflix has joined the trend of screen productions focusing on the British Monarchy by bringing us The Crown, a season that begins with Elizabeth (Claire Foy) about to marry Phillip (Matt Smith) and ends in the mid-1950s. We follow a naive princess homemaking for her demanding husband only to be catapulted into the crown ill-equipped and unprepared, with an education that focused on 19th century ideals of women’s education alongside constitutional law but neglecting everything else. Her private secretary bullies and manipulates her in the style of Yes, Minister while she endeavors to find her place in the world.

Meanwhile, her sister, Princess Margaret (Vanessa Kirby), is the people’s darling while having an affair with a married then divorced man, Group Captain Peter Townsend (Ben Miles). When Elizabeth admits to Phillip that she sees the attraction, Phillip is jealous and yet he’s out at all hours.

John Lithgow is fabulous as Winston Churchill in his declining years. At times his speech embraces the cadences of Winnie during his famous broadcast speeches from World War II. Indeed, all the acting is superlative although Matt Smith’s intonation is very Doctor Who and not particularly Phillip.

Where The Crown suffers is in its editing of the facts. Elizabeth is presented as a powerless yet well-intentioned puppet with her private secretary holding more power than she. When Phillip is racing off to men’s lunches and the like, it appears Elizabeth may be a clingy, unreasonably jealous wife because no actual wrong-doing has been revealed, Phillip has only cast the occasional lascivious glance.

History records Phillip as a notorious womanizer and embarrassment to the monarchy, regularly making gaffes. Two in particular are noted in The Crown, both racist and practically in the same breath. And yet Elizabeth, Margaret and Phillip give planned speeches that are racist and white-supremacist to the core, telling Africans how Britain brought civilization and prosperity to their country while failing to recognize the wealth of history and strengths of pre-existing cultures.

In spite of his negative attributes, Phillip becomes a complex and, at times, sympathetic character, as he pushes Prince Charles to exhibit Phillip’s desired attributes while striving to protect the monarchy — to protect his family — from the rash of revolutions and republics breaking out in the 20th century. It appears that Phillip championed the broadcast of Elizabeth’s coronation and various other innovations that endeared the monarchy to the people.

The Crown seems motivated to endear the monarchy to the world once more as the inevitable end of Elizabeth’s reign approaches. Prince Charles is a child and his father’s victim, leading the viewer to sympathise with a crown prince who is, at best, out of touch (and an anti-vaxxer who promotes homeopathy and uses his influence to lobby world leaders). Furthermore, King Edward abdicated because he was a Nazi-sympathizer whose affiliations offended parliament NOT because ‘of the love of a divorced woman’. First Edward and Mrs Simpson promoted this romantic cover story and now The Crown follows in its footsteps. Although Margaret’s conduct caused scandal after scandal, the reveals in The Crown are limited to her affair with Townsend, a few fun public speeches, and mother and sister discussing Margaret’s erratic nature without reveals.

The cast, the sets, the costumes are all fabulous. Delving into history, as far as it goes, is interesting: examples are the preventable deaths of 12,000 Londoners caused because perceptions of prosperity were deemed more important than lives; parliamentary leadership conflicts; and Britain left without functioning leaders. The bizarre behavior and priorities of politicians today can be explained by looking to their predecessors. The Crown is not to be taken as detailed historical fact, however: it’s highly edited and moulded to flatter the monarchy while catering to public viewing tastes. 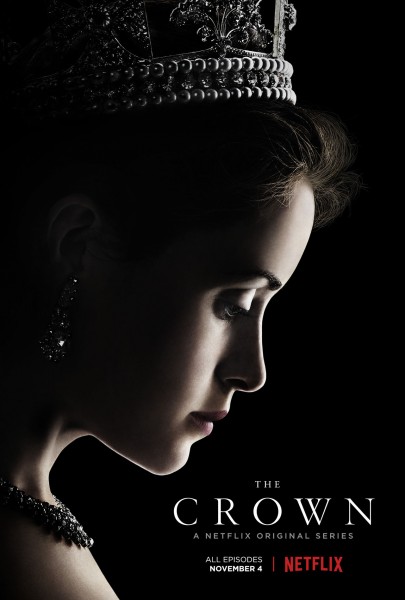