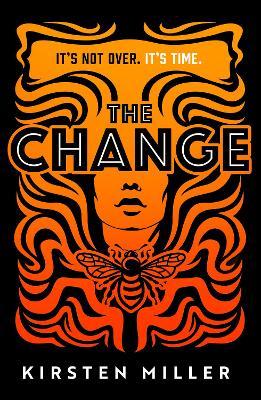 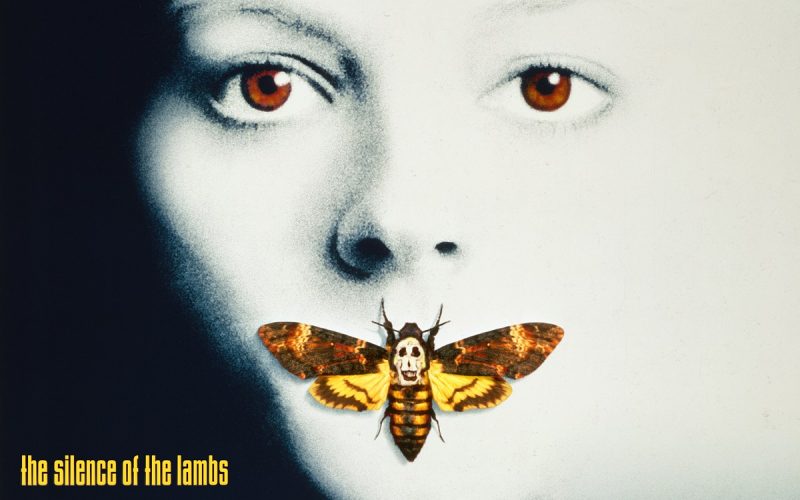 The Change’s cover features a woman’s face with a bee below her mouth, subverting Silence of the Lambs’s official movie poster, which has an insect covering the woman’s mouth. All I can say is THIS. COVER. IS. LEGENDARY. 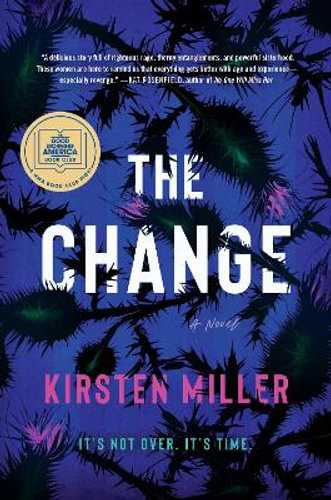 But you may get this cover instead if you’re living overseas: thistles on a dark blue background.

Miller opens with Brendon, the chair of the home owners’ association, who has control issues. And who is currently trying to control a woman who, he decides, isn’t sufficiently keeping up appearances.

Segue to Brendon’s backstory: he’s a martinet who enjoys bullying people. The first few pages of The Change sucked me right in. My own owners’ corporation is ruled by dreadful people who, I was told, will escalate bullying and harassment of me until I move away. So I loathe Brendon and I’m on the woman’s side well before I meet her on the page.

Harriet is the woman in question. She is GLORIOUS. Throughout the book Harriet challenges me. I cringe and idolize her simultaneously, wishing I was more like her.

The Change mostly focuses on three women: a seer, a protector, and Lady Justice (my words). The seer, Nessa, hears the dead. They call her to their bodies so she can reunite them with their living family to lay them to rest. However, Nessa can’t identify the body she finds.

In a flashback we learn Nessa’s back story, including how, when she was 12, she visited her grandmother to learn about her gift. I realized Nessa was Black when Miller described her alongside Jo, the protector, who Miller identified as white. At that point I made a mental gear shift, interrogating the book and myself about my assumptions regarding colors of the other characters. Fairly sure the others were white, I continued reading.

Later, Miller talks about racial composition of the community and racism in the community. This isn’t preaching; instead Nessa’s experience of this island community explains why she is so isolated. In turn this feeds in to her stage of life and emerging supernatural gift.

Later more people of color emerge, most of whom are servants for the wealthy upper class who live in a gated community on the island. This reminds me of the first Christmas dinner I went to as a company wife after moving to Melbourne: you could tell who the servers were by the color of their skin. The second Christmas dinner saw much more diversity in company employees. However, it seemed the company employed PoC at lower rates for some of them at least even if their job descriptions positioned them higher in the organizational flow chart.

Nessa is a homebody when we meet her, very focused on her small family and home. However, Harriet was a high flyer in the advertising industry, lacking one essential requirement to break the glass ceiling. And Jo, having experienced all the “usual” misogyny and more in the workplace, now runs a business called Furious Fitness. Their backstories … I want friends like these women!

Sexism, sexual harassment and even rape feature in The Change. However, I implore you, don’t turn away. This novel is about women changing their worlds in order to change the world.

Miller’s central characters evoke Nanny Ogg and Granny Weatherwax from Terry Pratchett’s Discworld except – dare I say it – it is BETTER. Only a woman could write the depravity of misogyny and avenging angels like this. And Terry Pratchett’s books tend to be PG. If this book was given an audience rating like for a movie, it’d probably be R for drug use and nudity. The violence I think would be more M or MA. The Change also evokes Jo Spurrier’s Blackbone Witches series, where witches engage with issues to balance the scales.

Some may say I’m stretching the meaning of disability here. Their accusations may have some merit. However, I want to discuss Jo’s horrendous menstrual bleeding and the hot flashes of perimenopause.

From the onset of her periods, Jo suffers with irregular heavy periods and overflows that cause extreme embarrassment. This is a reasonably common problem, alongside period pain, and is usually considered insufficiently important to warrant medical assistance.

Viagra was originally developed as a potential heart disease medication but, during the testing phase, proved itself more potent for genital issues. For women, Viagra had enormous potential for dealing with period pain. However, the powers that be saw fit to market it as a solution for impotency instead. Their excuse is that the side effects, which include headaches, are the “reason” doctors ruled out this use of viagra. This attitude, these decisions, are indicative of why extraordinarily heavy periods have received insufficient attention both in the medical profession and in product development. Which all affects Jo’s life until menopause.

I love and adore The Change SO MUCH that, when I sat down to write this review, my gut reaction was “don’t wanna write a review, I wanna READ THE CHANGE AGAIN”. The Change is the polar opposite of Silence of the Lambs, as indicated by the cover subverting the movie poster. Like The Husbands by Chandler Baker, The Change is set in contemporary America, evoking all the social ills that entails. This novel is also part Lifetime of Impossible Days by Tabitha Bird with more than a dash of magical realism, and part Blackbone Witches by Jo Spurrier.

I highly recommend The Change for every woman. Most women will identify with at least some of the stories woven in to the larger narrative. Men who are allies, who care about the women and girls in their lives, will relish the Change. And those men who are not allies can read this novel as a warning. Change is coming…

There is even a reading guide with questions for book clubs!