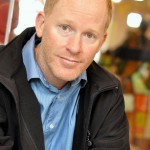 Bond, James Bond. That suave, smooth-talking icon had a major influence on just about everyone from my generation, but the manner in which he inspired my new sci-fi spy thriller Zero World is probably not what you think.

One summer afternoon in 1984 a friend invited me over to watch a movie. His Dad, he explained, had a film collection, a concept I was unfamiliar with back then. The film I picked out of this ridiculous 1000+ Betamax tape collection caught my eye purely for the totally bizarre and somewhat juvenile title: Octopussy. What can I say? I was 13 or so at the time and simply needed to know what this was all about.

Over the next few weeks my friend and I watched every Bond film in existence (they were all there on that wall of tapes). We created our own spy gadgets in his garage. We argued Moore vs Connery (Connery for the win!). We visited an Aston Martin dealership and salivated for a full afternoon. I read all the books as well, even those not written by Ian Fleming. I was obsessed, but not for the gadgets, cars, and espionage. Not even for reasons I fully understood myself, back then.

Two years ago my wife gave me the entire 007 movie collection as a Blu-Ray box set. Quite the upgrade from Betamax! After some thought I decided to reread all the books in order of publication and then watch the film adaptation, blogging about each. How they differed, how they were similar and, in the process, perhaps gain some insight into arguably the most famous character in literature. Not because I wanted to write a spy novel. No, what I wanted was to try and unravel the allure of James Bond. I wanted to finally understand my obsession.

Because Bond is a conundrum. He breaks one of the major rules about character every writer hears. Robert McKee was the first to point this out to me, very bluntly, when I attended his STORY class years ago. McKee was explaining the sort of change every character must go through in order for us writers to tell compelling stories. But there was, of course, one huge exception: 007. “Bond has no arc,” McKee said. “He never changes and he’s arguably the most popular character ever created.” McKee uses this to segue into a discussion about how in writing there really are no rules. That was my light bulb moment. I started to realize why Bond was so interesting to me. Why a 13-year-old would be fascinated with James is hopefully self-evident but it was this literary rule-bending that blew my mind so many years later.

Still, I didn’t want to simply make my protagonist static any more than Fleming wanted Bond to let his thrilling life influence how he lived it. I had to break the rules, too. So while planning Zero World I thought about this unchanging trait of Bond a lot. Could it be taken more literally? This led me to the defining feature of Peter Caswell, the assassin at the heart of this book. It’s not that Caswell has no arc, it’s that his handlers deliberately prevent him from having one. His memory is marked by an artificial gland at the beginning of each mission and reverted back to that mental state once complete. Peter forgets everything, making him a perpetual rookie. My first instinct was that he would secretly fight against this trait, perhaps hiding a diary somehow to catalog his exploits. But then I thought it would be more interesting to explore the idea that he’s wholly embraced this part of himself, rolling it into every facet of how he lives. Caswell spends his downtime travelling the world under borrowed personas, bluffing his way through life because he has no benefit of in situ memory to help him through his missions.

As I began writing I came to realize how much fun there was to be had with this mechanism. In the same way that Groundhog Day, The End of Eternity or Edge of Tomorrow captured the imagination, so could Caswell. The difference being that it’s his mind, not the physical world around him, jumping back in time. As such, Zero World became a book that subverts one trope at the heart of every character: the arc. Like Bond did, but different. Caswell grows and changes, only to be yanked back like a fish on a hook.

Yes, there is a certain amount of nostalgia stirred in me when someone asks how Bond inspired this novel. But truthfully, if Ian Fleming influenced me at all as an author, it’s in being a shining example that rules are meant to be broken. Orders can be disobeyed. It’s the goal that matters.

Jason M Hough is the New York Times bestselling author of The Darwin Elevator. His latest book, the futuristic spy thriller Zero World, is out now from New South Books.

He lives in Seattle, Washington. 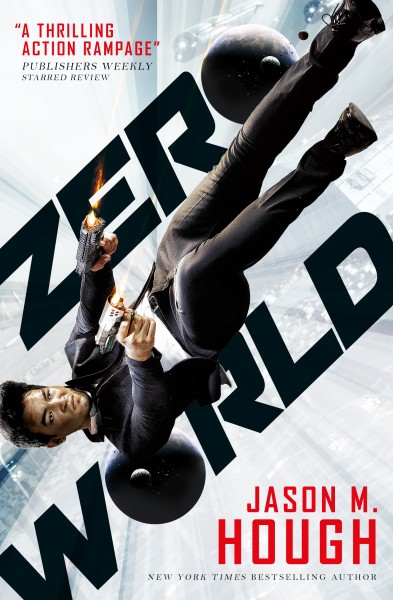