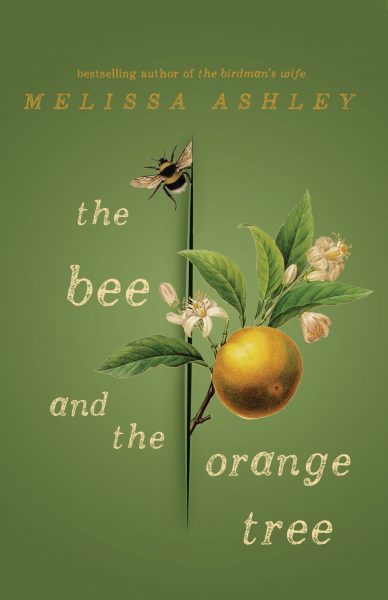 The blurb — from Affirm Press

It’s 1699, and the salons of Paris are bursting with the creative energy of fierce, independent-minded women. But outside those doors, the patriarchal forces of Louis XIV and the Catholic Church are moving to curb their freedoms. In this battle for equality, Baroness Marie Catherine D’Aulnoy invents a powerful weapon: ‘fairy tales’. (Actually this happened before The Bee and the Orange Tree opens.)

When Marie Catherine’s daughter, Angelina, arrives in Paris for the first time, she is swept up in the glamour and sensuality of the city, where a woman may live outside the confines of the church or marriage. But this is a fragile freedom, as she discovers when Marie Catherine’s close friend Nicola Tiquet is arrested, accused of conspiring to murder her abusive husband. In the race to rescue Nicola, illusions will be shattered and dark secrets revealed as all three women learn how far they will go to preserve their liberty in a society determined to control them.

Nicole is trapped in a loveless marriage with a violent man. A friend takes her to see a fortuneteller in the hopes of cheering Nicole up. The prediction: in two months Nicole will never be affected by her enemies again.

Angeline is trying to adjust to life with her mother. After growing up in a convent for reasons her parents haven’t disclosed, Angeline is finding life in Paris difficult.

Marie Catherine is troubled. She has writer’s block and has been bluffing her way for years.

Alphonse is an aspiring author, seeking out mentoring from Marie Catherine while seeking a patron.

These threads and more weave together to paint a picture of life in a patriarchy that protects husbands to the detriment of wives, and protects the crown’s interests above all.

Angeline once fell in love with another girl. Another character is trans. Ashley handles these issues beautifully except for a few details. The trans character appears isolated from family, so how does this person support themself in the style to which they are accustomed? I started imagining a ‘night job’ as a sex worker or something (not in the text) as a source of income. There is no explanation. I am perplexed.

Patriarchy subjugating women, violent men, men whose interests are other men while living in fear of imprisonment and even the gallows… these are some of The Bee and the Orange Tree’s themes. Women seeking freedom or at least relief from their oppression, escape from murderous husbands, control over their finances in a country that gives their husbands the legally enforceable right to perpetrate violence, financial abuse and more.

These issues have been with us since time immemorial. Marie Catherine sought to embed social justice issues in her fairy tales. That’s right: a woman gave birth to today’s fantasy genre, just as Mary Shelley gave birth to contemporary science fiction with Frankenstein. From their origins, both genres engage with social issues and the human condition.

Overall I enjoyed the Bee and the Orange Tree but there was a fly in the ointment. Shortly before the end, a character reveals themself to be abusive, manipulative, and yet their victim still considers them desirable. I have the impression the author thought the resolution was romantic. The narrative and characters embrace this outcome without question.

The Bee and the Orange Tree is a gorgeous hardcover book with an almost luminescent green cover. The title is embossed on the dust jacket, with the depicted bee and branch of the orange tree practically glowing with life. There is a vertical line that is presumably the trunk of the orange tree, which is peculiarly straight and almost needle-shaped.

The end papers are two-tone warm yellow, line drawings in an almost-damask pattern. Some of the larger shapes within reference not wallpaper nor oranges and bees but paintings of the era. Line drawings scattered sparingly throughout the novel may be recreations of art from the era. Tildes separating passages of prose are bees. The paper is soft, with a luxurious feel and scent. This artefact — the hardcover novel — is a luxury item.

The best stories engage with the human condition, as does The Bee and the Orange Tree. An abusive relationship and a trans character whose position defies explanation are the two key criticisms that detract from this historically-embedded fiction.

I also love that the Author’s note discusses documented history, stating that certain characters are wholly fiction although based on historical footnotes. This context positions The Bee and the Orange Tree as not unlike Mary Stewart’s Crystal Cave series (although this novel isn’t fantasy), because Stewart also clarified the legends upon which she founded her stories.

Thus this novel is in the category of historical fiction written with respect to historical records and without attempting to hoodwink the reader. I applaud!