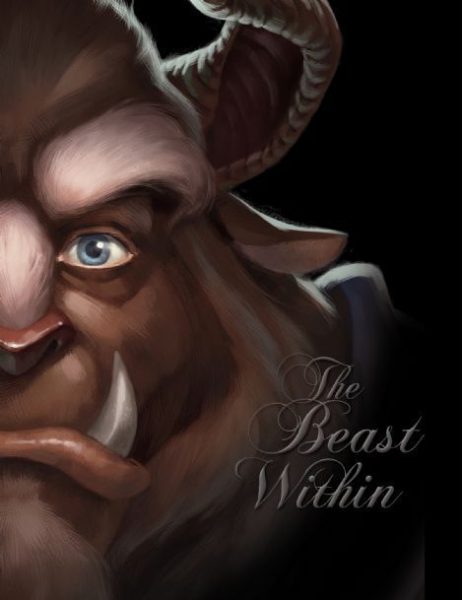 The Beast Within is not to be confused with the 1982 movie of the same name. This novel is an authorized retelling of Disney’s Beauty and the Beast but the ratings could well be interchangeable. Perhaps the title was a bad omen. For those overseas, yes this novel was originally released in 2014. It looks like it’s only just arrived in Australia, or a re-release is occurring through Scholastic Australia.

This story is mostly from the Beast’s point of view and never from Belle’s. It opens with the young prince’s cruelty stamping itself indelibly on his face, ageing him prematurely like a reverse Portrait of Dorian Grey. It’s true that one’s personality affects one’s appearance — just look at Scott Morrison and his Resting Smirk Face — but ageing so much within 6 months appears a little over the top!

Women continually fall in love with the prince although none know him well enough to see the beast within. Surely ‘love’ without truly knowing the object of one’s affections is lust? Or, alternatively, it could be love of wealth, privilege and power associated with the person. Ignore me. Many have said I set my sights on a partner well above my station in life and yet those considered more appropriate partners for my husband did not share his interests and were never really friends. But they — and their mothers! — would say I’m biased. 😀

The prince is cruel and selfish. His ideal woman is silent in his presence except when pandering to him. So, when he’s cursed, the cure is to love and be loved. BUT HE DOESN’T KNOW HOW TO LOVE.

And when yet another girl falls in love with him, he blames her for failing to break the curse.

And so it goes.

The Beast Within could have been a fabulous story delving into the prince’s inner world and experiencing his awakening, his realization that love requires being interested in the other, discovering that a strong woman is an excellent partner in life, particularly for a life of leadership. Instead, Belle is all but erased from this novel, replaced by the women the prince jilts.

Suicide in a children’s book

Despite this novel being based on a Disney story that is, purportedly, aimed at children (the publisher’s website says it’s for ages 9 to 12), one of the women commits suicide because the prince rejects her. Then the aforementioned suicide is walked back: she attempts suicide (jumping from a cliff into the sea) only to fall into Ursula’s grasp. Ursula is the evil witch in The Little Mermaid.

I opened these pages with the expectation that I’d love this novel. I’ve adored fractured fairy tales since discovering the Politically Correct Holiday Stories back in the 1990s. At the very least I expected to see the prince wake up from his narcissism but, instead, falling in love with Belle is almost incidental.

The Beast Within endeavors to incorporate or at least give a nod to several Disney movies, thereby introducing several familiar women characters. And yet this novel fails the Bechdel Test. Even the rare conversations between women without a man present are entirely about the prince. I am surprised that a woman author would so effectively erase women, positioning women as solely reliant on or engaged with a male character.

Disney fans, especially Disney princess fans, need to read this novel. However, I would personally steer impressionable princesses away from The Beast Within. due to the attempted suicide over a man. And the way Valentino strips women of agency with the exception of the witches.