Billy Whitley (Brian Greenberg), a Kennedy-type, needs a Latina wife to succeed as a politician, so his manager advises him to enter into an arrangement. Lourdes Nieves (Stephanie Sigman) has reasons for leaving Columbia, she’s bi-lingual and gorgeous so Billy brings her to America to get a green card.

Alfred Dalton (Kumail Nanjiani), looks too much like one of the creepy guys who got caught up in the Me Too scandal. He’s well cast as the very creepy stalkery visa guy who stalks Lourdes  to prove the marriage is a sham. However, I found this subplot very disturbing and not, I believe, in the comedic way the film’s makers intended.

High jinks ensue. Lourdes takes over managing Billy’s deceased mother’s cleaning business only to find the business is awry. As in, people aren’t paying. Furthermore, the business used to be a means of laundering bribes. Billy lives in blissful ignorance, still believing his parents were paragons of virtue. Even after Daddy Darling got Billy off on drug charges when he was a teen.

The Arrangement vs the tropes

This movie is very tropey but turns the old “Columbian drug dealer” trope on its head: although we never learn why Lourdes needs to flee her homeland, Billy was charged with being a drug dealer when he was a teenager.

The high jinks are amusing apart from the super-creepy stalker.

The movie ends just after the wedding before the romance is consummated or confirmed in any way although sexual tension abounds. It reads like the pilot to a non-existent TV series. I wonder if they decided the Colombian angle wasn’t sufficiently popular – due to tackling issues like racism in America – so The Arrangement TV series focuses on a Hollywood couple. Therefore the movie ends before – well before – any satisfactory outcome. Therefore I’m saying the 5.5 out of 10 rating on IMDB is excessive. I’m giving it 2 stars. Most who disagree with me will give The Arrangement one star, in my opinion. You have been warned. 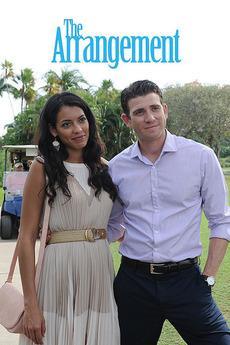