Joey is a Caucasian girl living in a world where albinos (never ‘persons with albinism’) rule. Society is segregated into Pigs (people with pigment) and albinos. The purer one’s albinism, the higher their rank and wealth. Joey experiences daily discrimination in an apartheid society because of her light brown hair and green eyes.

Grey, an albino (?!), is the equivalent of a jock to Joey’s role of geek in current stories or mid-20th century African American student. Grey chats up Joey secretly, hidden from public eyes, then invites her to a party. Guess what happens? It’s so original. Not.

When Joey flees the party, she falls and hits her head. A mysterious character rescues her. He’s Grey’s non-albino brother. They fall in love and join the Resistance. It’s all very melodramatic. I mean ‘romantic’.

Nelson habitually delves into great detail where little is necessary and expands early discussion of the apartheid society with an actual lecture on sociology mid-way through the book.

The main strength of Veronica Roth’s debut novel, Divergent, is Tris showing the reader the world in which she lives. We’re introduced to various facets, like the homeless ‘factionless’, through Tris interacting with them. In contrast, The Albino Redwoods tells readers about segregation and discrimination. We’re told about segregated living areas, segregation in hospitals and segregated toilets at Joey’s school. Although, from the way The Albino Redwoods is written, I must assume there is no Pig toilet, only an ‘albino only’ girls’ toilet because Joey never uses the Pig toilet.

The first albino characters we meet are an albino woman berating her albino husband for not killing their non-albino son. This sets the tone of the book. Nelson’s acknowledgements states that The Albino Redwoods was inspired by a documentary on albino redwood trees, ‘ghost trees’ (emphasis hers).  Imagery of these albino redwoods resonate throughout the novel to imbue tension and horror. However, the trees in the book are scattered everywhere, defying science.

Nelson acknowledges varieties of pigmentation levels within the albinism people group and not every person with albinism is completely evil or prejudiced. However, the evil albino government seeks to deceive and control Pigs because of fears of a Pig uprising. No allusions are made to people with albinism being sunburnt, suffering vitamin D deficiencies or having poor eyesight. Instead, she focuses on ‘white’ as an indicator of prejudice. For example, Joey learns her hometown is painted in brown and beige (for a prejudiced place) except for the colorful home of a nice albino couple. In contrast a more prejudiced town is painted white.

My experience as a person with albinism is mirrored in a few of Joey’s experiences, like being persecuted by a teacher for my vision impairment until I fled the classroom in tears (in 2014). I was enraged to read similar interactions written by a Caucasian author where the Caucasian character was the victim and a person with albinism was the perpetrator. I can only imagine the reaction of People of Color (PoCs) reading a Caucasian author misappropriating their stories, their history, and placing a Caucasian character in the central role.

Nelson uses ‘fluffy’ and ‘snow flake’ to vilify albinos. Although this rankled, I have been called far worse. Her misappropriation doesn’t end there, however. There is a wise older mentor from Japan. A wise Native American man has a cameo to share a brief history of the US but he talks about living on an ‘Indian’ reservation so I guess he’s a time traveller too. A colored woman from a family of albinos ‘appropriately’ wears a bindi, leading Joey to think twice about the varicoloured plastic bindis she wears at work every shift. Joey’s workplace is the ‘Lotus’, an Indian-themed coffee shop owned and run by two albinos with no Indian heritage. Nelson uses ‘Eastern Indian’ to differentiate from Native American ‘Indians’.

Then there are the relationships. An inter-racial couple (an albino and a Pig) get pregnant so the albino decides to beat up the Pig girl. Albinos plan to drug Joey to then humiliate her while she’s vulnerable. Grey is a rapey sociopath.

Jem, Joey’s boyfriend, exhibits behaviour that raises red flags for abuse: controlling, won’t allow her to go to school, wanting to take Joey away without telling her where they’re going, hints of violence towards Joey when he doesn’t get his own way etc. Joey even worries that, after Grey tries to rape her, that Jem thinks she’s tainted. None of this is flagged as inappropriate and is, instead, labelled as ‘loving’ behaviour.

Characters are shallow and the story is predictable. No characters are nuanced shades of grey, best indicated by Grey as a sociopath. Misappropriation and misrepresentation is rife. The biggest surprise: the (very few) nice albinos are consistently nice. The last chapter ends with ‘The End’, the Epilogue shows it isn’t and Amazon doesn’t have the sequel listed. People who love teenage melodrama will probably like The Albino Redwoods, however, I didn’t. 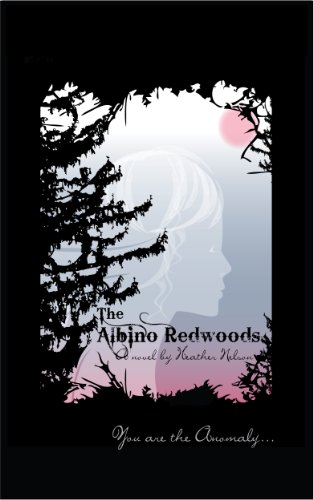