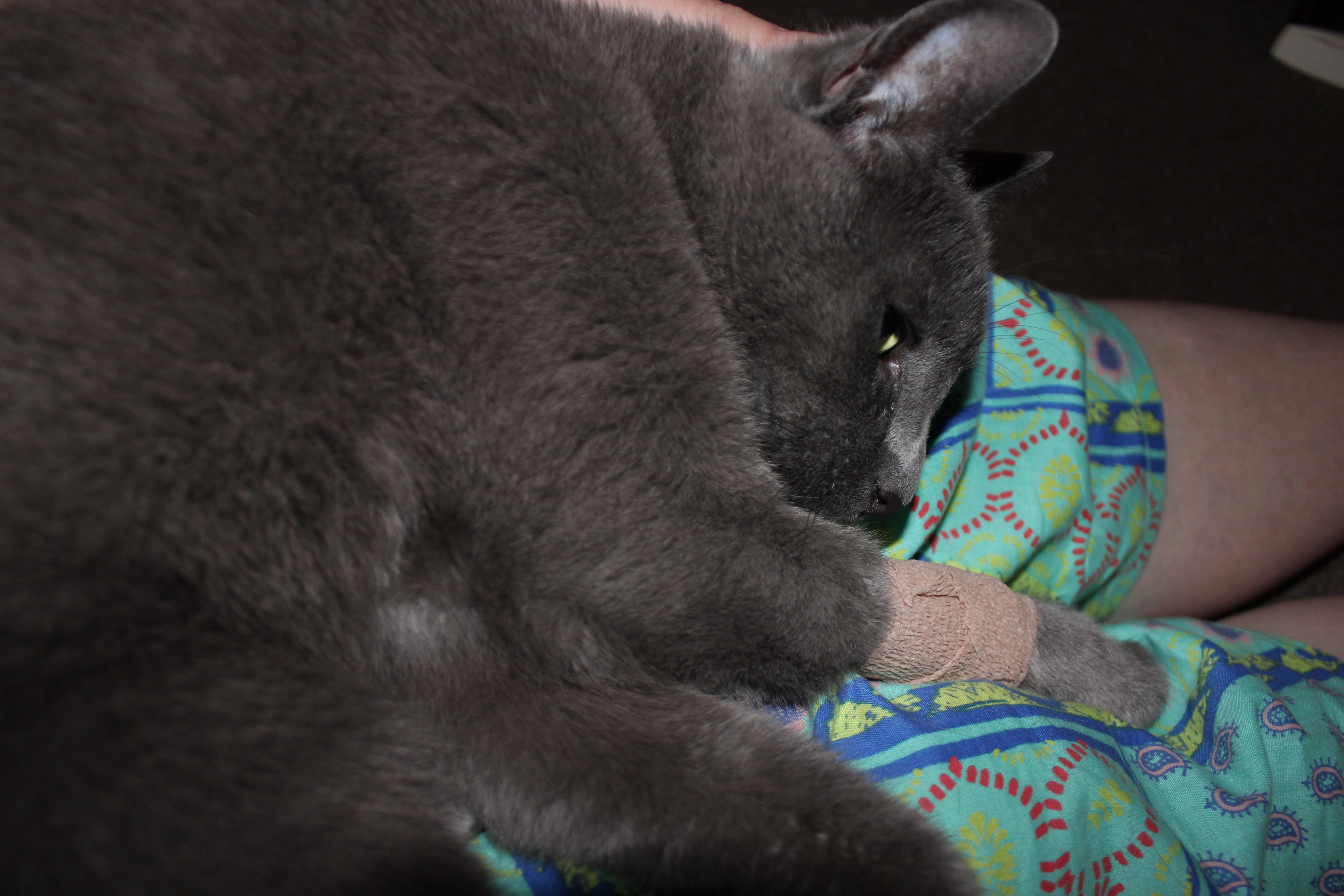 On Friday Smokey had surgery to remove rotting teeth. The minion was told to feed her chicken and only chicken. Well, that was the only option he was given that Smokey would actually eat. She won’t eat raw meat. She isn’t allowed to eat tuna, tinned cat food or cat biscuits until she’s recovered. Apparently some foods could flake off into the holes in her gums, poor kitteh.

So, chicken it was.

By Sunday Smokey was ‘Chicken? Again? I’m so over this.’

By today Smokey was ‘Yeah, I know there is chicken in my bowl. NOW GIVE ME SOME BISCUITS.’

You see that bandage on Smokey’s foreleg in the above photo? She came home from the vet with that. We were concerned so we didn’t take it off. We were going to ring the vet the next day to ask if it was ok to remove it.

On Friday Smokey limped pathetically around the house.

On Saturday morning Smokey limped pathetically around the house.

A couple of hours after I got up, Smokey removed her bandage herself, leaving it near the rubbish bin.

After she removed the bandage her limping was miraculously cured. It was a Leap of Faith.

Below is a photo of what it looked like after she removed it. 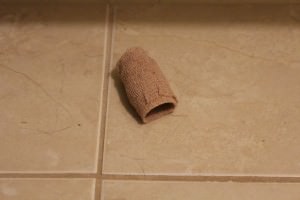 Our cat is special.