A wrap of today’s SFF news, some links and some fun.  If you have news to be included, DM or email me. I’ve stopped numbering them and started dating them because it’s too hard to keep track otherwise [brain ‘sploding]

Yes it’s been a while, but here goes…

The trailer is finally here.

This is very funny. The lens flares are WORSE in number two. I thoroughly enjoyed the movie but I have to admit, number two has plot holes too. I hope these guys do an ‘honest trailer’ for Two too. tooohoooo….

Condolences to family, friends and fans of the late great Ray Harryhausen, king of stop motion. Mashable put up a tribute while Matt Bergman compiled a short (below) including all of Ray’s creations. 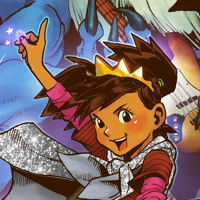 Jonathan Coulton, the guy whose music was covered by Glee without payment, wrote a song about a princess who saves herself. This song will soon to be turned into a children’s book written by Greg Pak, the guy behind the Vision Machine project. Funding for this princess book project is via this kickstarter.