A wrap of SFF news, some links and some fun.  If you have news to be included, DM or email me. 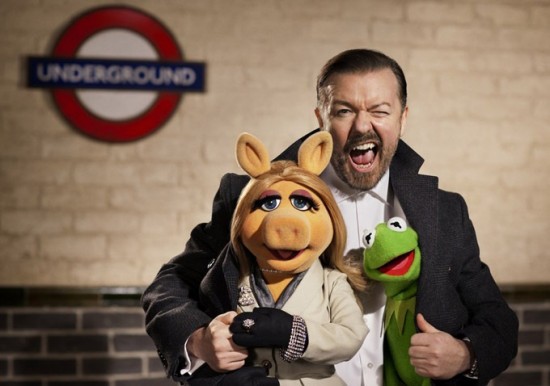 Ricky Gervais with Miss Piggy and Kermit the Frog

The next Muppet movie will be the Muppets… again, starring Ricky Gervais as the lead human.  Ricky hinted that acting alongside Oscar-winning actor Christopher Waltz was surreal.

Locus list of the best science fiction, fantasy and horror for 2012

Locus magazine has published their definitive list of the best science fiction, fantasy and horror in 2012.

Jonathan McCalmont sent a series of tweets discussing this list, including the following:

John’s post made my fingers itch to write a geek guide to clinical depression that explains different forms of depression; instead I’ll refer you to Beyond Blue, Australia’s initiative in dealing with depression, anxiety and mood disorders.