A wrap of today’s SFF news.  If you have news to be included, DM or email me.

Jay Lake is an award-winning American author of ten science fiction novels and over 300 short stories. He is also one of more than a million Americans who have colon cancer. Diagnosed in April, 2008, Jay’s cancer has progressed from a single tumor to metastatic disease affecting the lung and liver, recurring after multiple surgeries and chemotherapy courses, and multiplying from single tumor presentations to multiple tumors presentations. Jay is now in his fourth round of chemotherapy, but it’s not clear that it’s working, and his doctors have little to go on in terms of advising further courses of treatment for him. In short, things are not looking good for Jay. Not at all.

However, a new technology is becoming available—one that may offer his doctors a better option for treating the cancer. We’re trying to raise funds to allow Jay to have whole genome sequencing.There is a small possibility that the results of such a test, which is more comprehensive than conventional genetic testing of tumors, may suggest a treatment path that Jay’s doctor’s may not have considered, and that could be life saving. It’s a really small chance, and Jay knows that.

For this fundraiser, we have asked some science fiction and fantasy writers to donate an “Act of Whimsy” which they will share with the community as we reach milestones in our fundraising.

AWESOME NEWS!  This fundraiser is already fully funded so there will be LOTS of whimsy and

In the event that Jay’s costs are less than expected, or that funds are raised in excess of his costs, those funds will be used to support a much-needed leave of absence for Jay, who has worked steadily through all of his treatment, so that his body has the best possible chance of recovery, and so that he can spend time with his family.

STRETCH GOALS
We set the goal at the bare minimum to get Jay this chance for treatment, but there are tons of other expenses not covered by his medical insurance. Thanks to the generosity of the community, we have some amazing stretch goals coming.

Sexism is dead, long live sexism!  This reminds me of THAT episode of the Footy Show, a program I religiously watched the last half-hour to an hour-and-a-half while it ran overtime and the science fiction program following it was either delayed then cut to compensate or cancelled because FOOTY SHOW.  THAT episode featured models who had been misled as to their role in the show, coming in and being allegedly forced – including alleged bullying and threats against their careers – into wearing greasepaint footy tops before going on stage for national television with middle-aged has-beens slobbering and salivating on camera.  One of their finest hours.  *snark* 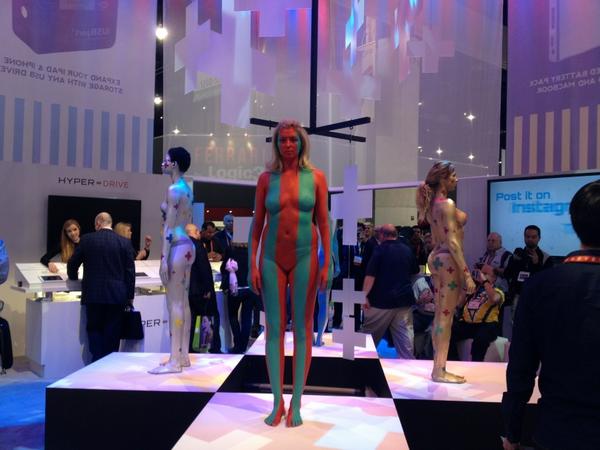 Brutal Tips on Breaking into Comics

thanks  to the Big Bang Theory for this link

Regardless of Ben McKenzie‘s loathing for Big Bang Theory, I have to see this episode.

Thanks to the Macabre and the Beautifully Grotesque for this pic

And that’s a wrap.