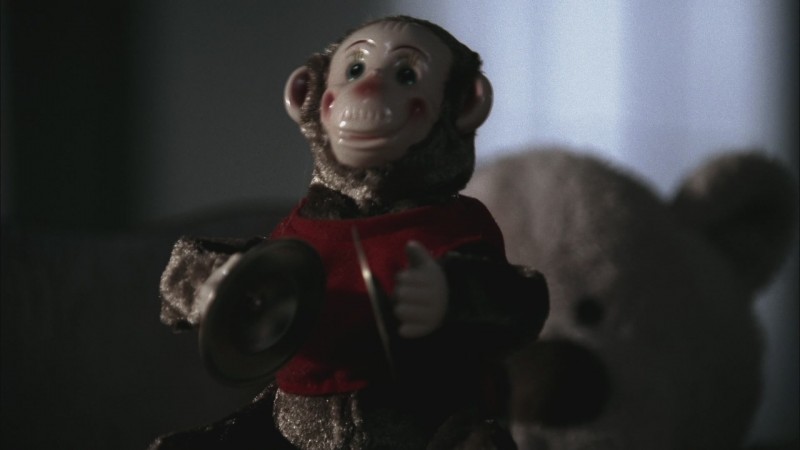 The Peanut Gallery commentaries continue. Bec, CJ and I are watching Supernatural together as part of Geek Girl Day, a supposedly fortnightly event where the 3 of us get together, we catch up, we eat, I drink coffee (Bec and CJ lose geek points for not drinking coffee) and we celebrate all things geeky.

CJ is a long-time fan of Supernatural so she’s proselytizing Bec and I. Bec had previously known nothing about Supernatural, assuming that it was a crappy Vampire Diaries (or something similar) rip off and refusing to watch it. Then one of her other friends told her that it was basically like Charmed but with penises, at which point Bec was all, “Sign me the hell up, bitches!”

Bec and I are also living under the threat of watching Sharknado so 11 seasons of Supernatural can distract CJ from her mission in life: to convert us to love of really cheesy horror. Either that, or Supernatural will convert us.

I should add: we’re all Australians. Why does this matter, you ask. Because Australians tend to mock, take the piss and generally shit-stir when we love something. If an Australian doesn’t say anything or react to something in any way, it’s a bad sign — because boredom or indifference is purgatory for TV shows. Supernatural has our love, which is growing. Especially during last Geek Girl Day because the one-liner jokes sparkle. We loves them!

On with the show, which begins with a close up of The Beast’s (Dean’s car’s) Kansas license plates.

CJ: We’re not in Kansas any more.

N: Oh yes we are. [Because the brothers return to their former home in Kansas.]

A woman looking through photos shows us a pic of a tiered wedding cake.

A little girl is terrified of something in her closet.

CJ: No. If the kid says there’s something in the closet, YOU MOVE. You don’t turn your back on it.

Mom tries to calm her daughter down, says “I love you” and turns off the light.

CJ: If you love me, you won’t turn the light off.

Mom leaves a chair against the closet door.

The woman hears skittering and says, “Please, God, don’t let it be rats.”

A chair moves all by itself.

R: If I saw that chair move, I’d be out of the house so fast—

CJ: Guess which house she moved into?

A door opens. By itself.

CJ: Why would you still be sitting there? Get out of the house.

Sam wakes up for a close up.

Sam: The people who are living in our old house— I think they might be in danger.

Dean: Why would you think that?

N: Because they live in your old house.

CJ: Awww. Alpha brother is trying to emote. You almost got me there for a second.

R: Anyone would think we hate this show, we laugh so much.

Sam and Dean are at their old house interrogating the mom. She’s not saying much, probably because she doesn’t want to be carted off in a straight jacket.

CJ: Ghosts in the closet.

Sam and Dean talk about the past.

Dean: I remember the fire, the heat…

R: But was he a demon hunter back then?

CJ: He became a demon hunter after his wife died. And there’s more… [trails off mysteriously]

Dean begs for help from his dad. In a voicemail message.

R: He’s emoting again. Look, there are tears in his eyes and everything!

A plumber comes to [surprise!] fix the plumbing. In Sam and Dean’s old house. You know, the house that is haunted? The mom sets him to work under the sink.

No-one bites. Rebecca and I must have been too absorbed in the story.

A monkey toy clapping cymbals wanders around the kitchen floor, presumably just to add to the creep factor. It was successful.

CJ: Fuck no. In so many horrors those things are creepy.

[Cymbal monkeys are haunting CJ — she recently shared a link online where she saw one for sale. She’s a Not Happy Jan. {And that, dear reader, is an Australianism: years ago a woman yelled “Not happy, Jan” out her office window as her secretary fled the building because she hadn’t advertised their business in the Yellow Pages phone book. “Not happy Jan” is now firmly fixed in the Australian zeitgeist.}]

The plumber puts his hand down the kitchen disposal grinder hole. Why do Americans even have those things? They’re accidents waiting to happen.

CJ: No. Don’t put your hand down there.

Nalini looks AWAY from impending gore. [Because I’m a wuss. There, I said it first. :P]

R: You know they’ll draw things out as long as possible.

CJ: It’s ok. You can come back to black now, Nalini.

The Winchesters arrive at a garage. There’s a “Beware of the dog” sign.

CJ: Priorities. [Because Rebecca’s priorities are firm and consistent.]

Missouri Mosely (Loretta Devine) is a total Matrix-Oracle rip-off. I expect her to offer the brothers cookies.

Missouri tells Dean off for demanding too many answers.

Missouri tells Dean off for thinking about putting his feet on the coffee table.

CJ: Beta brother looks far too pleased about this.

Back in Sam and Dean’s old house, everything is all peach-keen and not at all supernatural-creepy impending doom. There’s a kid in a play pen.

N: He looks a bit old to be in a playpen.

A poltergeist releases the sides of a playpen, allowing the kid trapped therein to escape. Kid does evil smile.

CJ: And that is why he’s in the playpen.

The fridge is padlocked but the poltergeist opens it. The kid climbs inside and the door closes.

N: That is the weirdest fridge I have ever seen. [Because it was missing usual shelves.]

CJ: It’s like it was made for a kid to crawl into.

Dean plays with a mechanical gizmo.

R: She keeps handing him his ass on a plate.

Missouri explains the taint on the house; it was wounded “and sometimes wounds get infected.”

R: Is there ever a good poltergeist?

Mom is outside with the kids then changes her mind about leaving complete strangers in her house while she leaves.

CJ: Why would you pack up, walk out the door and then say “Oh, I’m uncomfortable”?

The mom and kids leave anyway. Missouri, Sam and Dean start their exorcism, which involves putting holes in drywall and stuffing stuff into the walls.

R: I bet she ends up dying because she’s a secondary character.

Dean goes into the kitchen where knifes fly through the air. He ducks behind a table on its side. All the knives stick into and poke through the table.

R: That was cleaver.

Oh the puns, the puns.

The electricity cord attached to a lamp snakes along the ground toward Sam, grabs him and then hangs him.

R: Alpha brother to the rescue.

CJ: Should have brought one of those knives.

The mom comes back to find her house is trashed. Missouri turns to Dean and says, “Get the mop and don’t cuss at me.”

The mom goes to bed. The bed does the fandango.

Sam and Dean rush back inside and rescue the family but Sam is trapped inside.

R: Why is Beta Brother getting himself into trouble?

CJ: Neighbors ask why he’s taking a shotgun into a burning building.

CJ: I’m concerned about the fact that he’s still pinned to the wall.

Winchester Mom vanquishes the ghostie and vanishes herself.

Missouri: There are no more spirits in there anymore, that’s for sure.

R: That look on her face right there.

N: I don’t understand why this episode was called “Home” — how can a terrifyingly haunted house be called a home?

The three of us are NOT satisfied with the end, where Missouri is clearly lying. She talks to Winchester Daddy who’s hiding from his boys because he’s such a good daddy. [headdesk] Ah, well. They’re moving that plot arc along. Maybe next time.