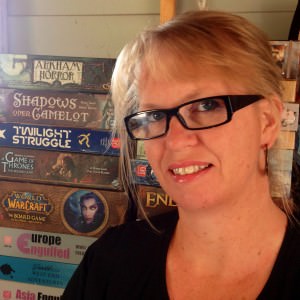 A guest blog by Freya Robertson

My epic fantasy, Sunstone, is the second in The Elemental Wars series. Like book one, Heartwood, it covers themes of the cycle of life, birth, death and rebirth, as well as resurrection and sacrifice. Sunstone is set over three timelines that interweave through the story and come together in the Apex, an event that connects and concludes all three stories.

For this article, I thought I’d talk a bit about the characters in my stories. I know Nalini is very interested in diversity in gender, race and sexuality; these issues were on my mind somewhat when I wrote Sunstone.

There’s a lot of talk in the fantasy and science fiction world at the moment about diversity. I’ve tended not to get involved much because it’s difficult to talk about these issues without offending anyone. I’m stepping a bit out of my comfort zone here.

I live in a bi-cultural country, I mix with people of colour every day and I know several gay guys; however, most of my family and close friends are white and straight.

It struck me while writing Sunstone that maybe part of the problem with authors being accused of not writing about characters with enough diversity is that we are worried we will not represent them properly. I don’t want to offend readers who may be gay or people of colour because I don’t understand what it is like to be gay, for example. As writers, we’re always told to write about what we know therefore I feel most comfortable writing about straight white women because I can write about that with some authority.

However, Zoe says in Firefly when talking about the dangers of having a baby out in the “black”, “I’m not so afraid of losing something that I won’t try havin’ it.” I feel a similar way when writing about characters of a different gender, race and sexuality—I’m not going to not try just because I’m worried I won’t get it right. All I can do is put myself in the shoes of someone else and try to imagine what it’s like to be them. Ultimately, I concluded, we’re all people with the same feelings and emotions and it is these things I focus on rather than the colour of someone’s skin or who they like to sleep with.

In Heartwood I focus on gender—the knights are both male and female, and the leader of Heartwood’s army is a woman, Procella, who would knock any guy flat if he suggested she didn’t deserve the role! In Sunstone many of the characters in the story have brown skin. These stories are not romances so we’re never really made aware of the sexuality of most of the characters but the young man called Tahir who is being escorted to Heartwood to be the Arbor’s new sacrifice has a major crush on the male ambassador, Demitto.

I enjoyed exploring Tahir’s feelings and I hope I did him justice. Here’s an excerpt for you. Tahir is listening to ambassador Demitto talk to Catena, the female chief of the guard who is escorting him to Heartwood. It’s late at night and he’s pretending to be asleep by the fire with his dog. Catena is speaking.

“It is just the two of us here, Dem. Does Tahir truly have to die? Is there no way we can save him?”

Demitto was silent for a while. Then he said simply, “No.”

Tahir lay as still as he could, but his hand tightened in Atavus’s fur.

“I wish there was something I could do,” Catena said softly. “He has had such a difficult time, living under the shadow of his fate. He is only a boy – he does not deserve it.”

“He is more than a boy,” Demitto said, and his deep voice seemed to ring in the young prince’s ears. “He holds the fate of the whole world in his hands. Why do you think we went to such trouble to rescue him?”

“I know,” she said. “But Tahir will think you did it because you like him, and you must not take that away from him, not now, with Heartwood only days away.”

“Not in the way that Tahir would wish it.”

The Prince closed his eyes, shame and embarrassment washing over him.

“He is very… fond of you,” Catena continued.

Tahir waited for the emissary to exclaim in disgust. But instead Demitto said, “I know. You think I am not aware?”

“It does not bother you?”

“Why would it? Love is love, Catena, a precious jewel, and it should be treasured, whatever the source.” The emissary’s words wove around Tahir’s heart and tempered his shame.

Freya is a lifelong fan of science fiction and fantasy, as well as a dedicated gamer. She has a deep and abiding fascination for the history and archaeology of the middle ages and spent many hours as a teenager writing out notecards detailing the battles of the Wars of the Roses, or moping around museums looking at ancient skeletons, bits of rusted iron and broken pots.