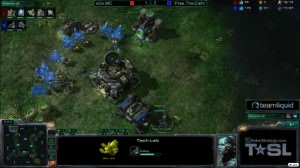 Prae.ThorZain is undeniably a rising star being made famous by his performance in the Team Liquid Star League 3 (TSL3). Plowing through some of the strongest players in the tournament including Fruitdealer, Liquid`Tyler and then arguably the best protoss in the world, oGsMC, he has shown the StarCraft world that he is playing at a seriously high level.

After watching his series versus MC, I was seriously impressed. His attack, upgrade and expansion timings, along with his general decision-making is something to behold. The purpose of this article will be to go back and examine my favourite game of his nail-biting series with MC: game 4 on Tal’Darim Altar. I will be specifically discussing ThorZain’s variation of standard bio-expand play.

ThorZain starts out by producing a depot, barracks and refinery at standard timings, but immediately deviates from the norm by mining gas with only two SCVs (and sending one of those to mine minerals after reaching 50 gas). Following completion of the first marine and the second depot, ThorZain begins a tech-lab on his barracks and starts saving for a fast CC. A marauder is immediately produced and the CC is begun. 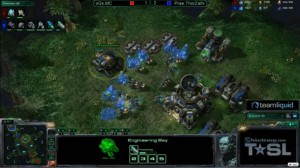 It was interesting to note that upon scouting MC’s base, ThorZain found his opponent doing a FE with a nexus before gateway (a particularly greedy and risky build), but followed his original plan in expanding – not deviating and trying to finish the game with a 3-or-4 barracks all-in. A common mistake which many Terran players make is to cancel their fast expansion, abandon their gameplan and attempt to kill a greedy build like MC’s straight away. After abandoning their plan, the all-in attack will often be held off and the protoss left in terrific shape.

ThorZain fully saturates his single gas as soon as his expansion is started. He produces only marines after the first marauder, then adds a second barracks and begins researching stim. ThorZain begins his engineering bay at 5:20, continues to build constant marines, and starts a bunker. As soon as the e-bay is complete, +1 weapons research is started. So at roughly ~6:20, a quick look at ThorZain’s base shows he has 6 marines, 1 marauder, a bunker at his natural, 2 orbital commands (OC), stim half researched and +1 infantry weapons underway. The army ThorZain has can easily defend any agression from MC at this point, so he is comfortable starting a third barracks. 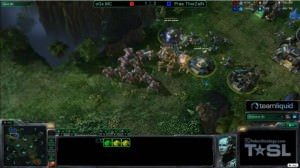 At the 7-minute mark, ThorZain constructs a second bunker in order to be safe from any quick agression MC could pull off from having two bases. As it turns out, MC made several additional warpgates and attempted a bust. ThorZain managed to defend due to several reasons.

As soon as seeing a probe scouting his defenses, ThorZain immediately scouts for proxy pylons. He sees a few stalkers near his natural, and upon scouting a pylon pulls SCVs from mining preemptively to aid in repairing bunkers from a possible attack while building a third. This part of his defense is so important, because if his SCVs were pulled to repair after MC began his attack, both bunkers would have been destroyed, his remaining forces would have been decimated, and he would have ultimately lost the game. The pre-emptive SCV pull is one of the most important parts of a fast expand build versus protoss. Without a sense of when to pull, terran players will lose often to aggressive 3 gates, 5 gates and 6 gate builds.

As it was, ThorZain managed to deflect MC’s attack for the loss of just one bunker, a couple of SCVs and very few marines. It should be pointed out that ThorZain’s build is so different from the current Korean norm, which is a gas-less expand into 3-5 barracks worth of pure marine production. The popular Korean build (I call it a Korean build as it has been popularised by the Korean players MarineKingPrime and IM_MVP) focuses on agressively expanding, followed by a solid defense and map control in the mid-game. ThorZains build relys on several key timings for defense, SCV/bunker repair to hold off aggressive mid-game pushes, and ultimately upgrades and fast tech (stim, +1, fast medivacs) in order to secure map control. After defending MC’s scary 2-base attack, ThorZain was ahead economically.

As soon as ThorZain has stim and +1 researching, and collects 100 additional gas, he builds a factory and refineries on all three remaining vespene geysers. This ideally lets him follow on from bunker/marine/scv defense with a lot more gas, allowing him to then begin reactored starport production as well as rush along with his infantry upgrades.

Another huge factor in this build is the rush for superior infantry upgrades. ThorZain’s armies throughout the early/mid-game are often smaller than normal (by normal, I’m referring to standard 1 Rax FE with or without gas, racing for many early units for defense). By utilising fantastic upgrades on his infantry, ThorZain manages to win engagements with fewer units and ends up in a commanding position if he hits his supply cap fairly early on. In terms of timings, ThorZain starts +1 armor as soon as his weapon upgrade finishes, then at 50% completion of the upgrade builds an armory, then begins a second engineering bay roughly hallway through armory construction. This timing results in +1 armor, the armory and the second engineering bay finishing at the same time, and he has enough gas to start +2/+2 straight away. 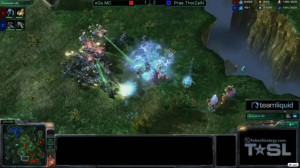 ThorZain pushes when his 1/1 upgrades are almost complete and he has a medivac to heal through stim. Barracks production is mainly focused on marauders, but at least one barracks should be upgraded with a reactor for marine production. When ThorZain pushes out and has control of the map, he can comfortably begin a third expansion. From that point on, the game becomes less about strict timings and more about a flow of agression and defense. The build is extremely flexible at this stage in the game, as you have great upgrades and the opportunity to drop, expand, harass and poke your opponent. If you see Colossi or a robotics bay, vikings can be made after several medivacs. A Templar tech-path can be dealt with through ghost production and multi-pronged attacks and drops. 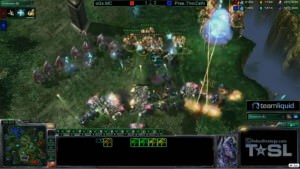 For the rest of the game, ThorZain proves his control and late-game prowess. The use of vikings, medivacs, marauders, marines and ghosts with super-fast upgrades caught MC completely off guard. There is a point in the game where ThorZain somehow defeats a ridiculously scary army of Colossus and Immortals with a relatively insignificant-looking force of MMM and ghosts/EMP. If you haven’t watched this game or series, it is an absolute blast. Thoroughly recommended.

ThorZain’s upgrade focused build is a refreshing take on Terran’s fast expand. While certainly more fragile than other builds against early agression and busts, methodical defense and meticulous timing allows for stronger mid-late game play. This build is, after all, essentially ‘playing for the late-game’. 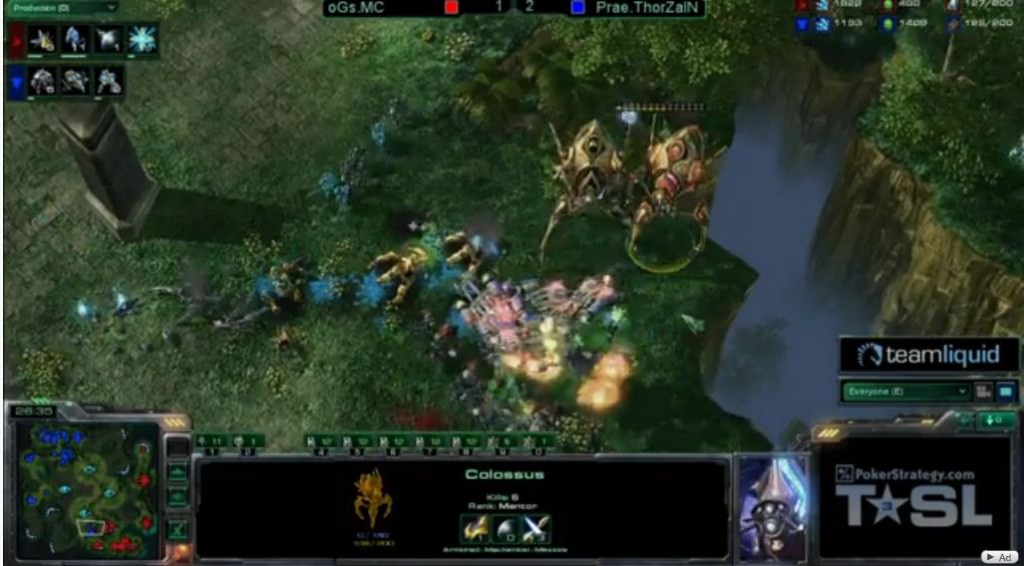