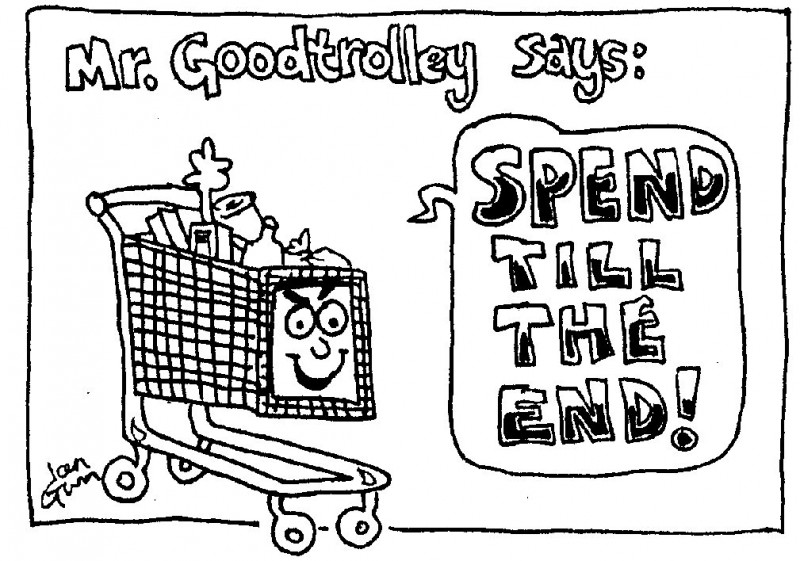 Mr Goodtrolley says “Spend till the end”. I guess he knew Trump would be the US president and the end would be nigh. Or maybe he’s just urging us all to don our pussy hats. I’m still convinced he’s evil.

Did you notice that Goodtrolley spelt “’til”, the abbreviated version of “until” without an apostrophe and with a double L? I suspect it’s a pun. Because Ian Gunn looooooved puns.

This is the last Goodtrolley silly illo, at least for the time being. Normal services resume next Friday!