The minion requested Sleepy Hollow for his birthday; who am I to say no? So, after hearing much ado about nothing — I mean Sleepy Hollow — this weekend we sat down to watch episode 1.

Bluecoat dies but, before he collapses in the dirt, he swipes the redcoat’s head from its shoulders.

Bluecoat rises from the dead. Best resurrection scene I’ve seen because he doesn’t dig his way out from a coffin through six feet of dirt.

Bluecoat discovers an asphalt road. And nearly gets run over by a truck and a car, both speeding in spite of the fog.

He runs away, past a sign announcing Sleepy Hollow, population EXACTLY 144,000. Biblical overtones much?

Two cops chat in a diner. Younger one is sassy. I like this bitch. Older guy says his features represent wisdom. I think I like him two. Or maybe too, thanks autocorrect.

While old dude — Sherriff August Corbin (Clancy Brown) — disses Abbie Mills (Nicole Beharie) about running away to join the FBI, the camera focuses on a priest behind them in the diner. Corbin says hi on his way out the door into the wet to investigate a murder.

Clancy Brown generally does voices for animations but the few times I recall seeing him on screen lately HE WAS THE BAD GUY. Like General Wade Eiling in The Flash and Colonel Schoonover in Daredevil. I’m concerned.

Back to the story.

Lightning flashes. No rain, it’s not so wet any more. Mills finds a rifle on the ground. She also finds a headless corpse.

Headless redcoat rides out, stops to “look” (without actual eyes) atMills. He cops an eyeful or two, he poses for so long. Then his pale horse rears. Redcoat poses on rearing horse then rides away.

Ride a blue disk to Banbury Cross,
To see a fine redcoat on a pale horse,
With broadaxe in fingers and nothing o’er his neck,
We should be scared, terrified as heck.

Ichabod (pronounced Ikabod not itch-a-bod) Crane, aka the bluecoat (Tom Mison, formerly Mr Bingley from Lost in Austen) is arrested in spite of Mills saying he’s not the murderer. Cops interrogate him so he tells us, the viewers, what happened and how he died and woke again. Convenient.

“The good news is you won the war. The bad news is it was 250 years ago.” Gees, these cops are full of news. And inconsistency: they can’t make up their minds if Crane is psychotic, preparing a “mental health” defense or for realz.

The cops decide Mills-cop is wrong — presumably because she’s a girl — so they keep Crane for psych evaluation.

Mills begs nicely. She’s allowed to drive Crane to the psychiatric hospital. Y’know, that massive institution in every small city?

I still haven’t figured out the chain of command in this series. Who are the suits? Corbin was the Sherriff; doesn’t that mean it’s his town and his deputy steps up? WTF is going on with the police?

Ooooo. Are Mills and Crane destined to be love interests? I hope so. I like them together. The banter. The looks. Comments about Starbucks. Mills refrains from commenting that Starbucks is like a virus taking over the world a la Agent Smith. Nor does she mention Starbucks is a substitute for actual drinkable coffee.

Crane recognizes the village priest, Reverend Alfred Knapp (Patrick Gorman who plays priests, biological fathers and bartenders in just about everything). Cue flashback to priestly man from long long ago. So that makes three peeps from Washington’s era.

Mills and Crane return to the scene of the resurrection to find a bible with a passage marked. The headless horseman is Death. Dun, dun, DUNN.

Washington gave Crane a mission to kill a mercenary with a bow on his hand, the same bow/scar on the headless horseman’s right hand but we only learn about that now.

The priest is a scaredy cat but wouldn’t you be scared if the headless horseman was on your trail?

Revere the reverend for he has magic powers. And defiance. YOU ROCK OLD MAN. “I’ll never tell you where it is. I’d sooner die.”

Minion says, “So who’s the head of the church now?”

Although Crane is obviously not guilty of the murder, other cops get all aggressive on Mills’s  ass (are there no other women in this town? Bechdel FAIL) and tell her to take Crane to the psych ward.

“You’re leaving Sleepy Hollow? [This place I only heard about a few hours ago.] No. Our fates are entwined,” says Crane based on what, exactly? Some leaps based on little plot that, nevertheless, give me hope for the series.

Mills reveals she had an “incident” when she was in high school. Afterwards people said she was crazy and her sister is now in and out of psych wards so Mills doesn’t admit to anything that may call her sanity into question.

Sleepy Hollow is a bit like The Dome: older cop dies leaving younger female mentored cop behind to investigate. Let’s hope it goes better than that other TV series, which sucked big time. I started watching it, I endured, I ranted then I quit. This series has more character so far and is more fun. Fingers crossed.

Black cop in a suit — Frank Irving (Orlando Jones) — is covering up, deflecting Mills and trying to stop her investigating. Suspicious much?

Crane’s wife (Katia Winter) was a witch by the name of Katrina Crane. Coincidence? That she has her husband’s name? Maybe. Maybe not. Katrina talks from her imprisoned world although she should have been dead for 250 years. There go my hopes for a Crane/Mills romance. 🙁

Medics try to drug Crane but Mills pulls him out. I like this chick: she’s creative and gutsy.

Corbin had Washington’s survey of a battlefield in his office. Mills stole it.

The headless horseman goes for a swim.

Mills begs Andy Brooks (John Cho) to “call it in” so cops will protect the graveyard but Brooks goes home to find — dun dun DUNNN — the headless horseman sitting on the couch. The headless horseman has armored up. Brooks tells him “I know where it is”. Orly?

Abbey and Crane dig up the headless horseman’s head, which opens its eyes. I guess he’s not headless anymore. And now he sees them IN STEREO, Bahaha.

Nope, she doesn’t go in the trunk, she goes in the back seat.

Brooks says, “I told you to stay away from him”. Oh, so that makes it ok that you’re a traitor to your colleague, your badge and the entire human race.

Actual cops show up and tell the horseman to “Put your hands on your — uh, do you think he can even hear?”

The horseman starts smoking just like Angel then he rides off just before sunrise. But the good guys have a head. Or two. Because they each have their own hea— never mind.

Frank Irving doesn’t seem to be on the bad guy’s side any more, he seems to be trying. He appoints Mills and Crane to “get me something I can understand, both of you”. I’m still confused about who is who and who has jurisdiction in this one-horse town.

Crane says he and Mills are destined to be comrades in arms for a 7 year period. That’s kinda optimistic and yet IMDB has 4 seasons (up to 2017) listed already. I wonder if there is a story arc planned like Straczynski’s Babylon 5 series arc?

A demon appears, looking a bit like a minotaur. He visits Brooks just before Mills and Crane arrive. What a load of bull. Brooks is yet another recognisable actor who dies at the end. Just like John.

Sleepy Hollow is cheesy with plot holes so I guess that makes it Swiss cheese. However, I’m partial to cheese as long as it has character and is fun. I’m enjoying this series so far.

I’m not going to rate this series because you’ll either enjoy the cheese and characters or hate the plot holes. You have been warned. 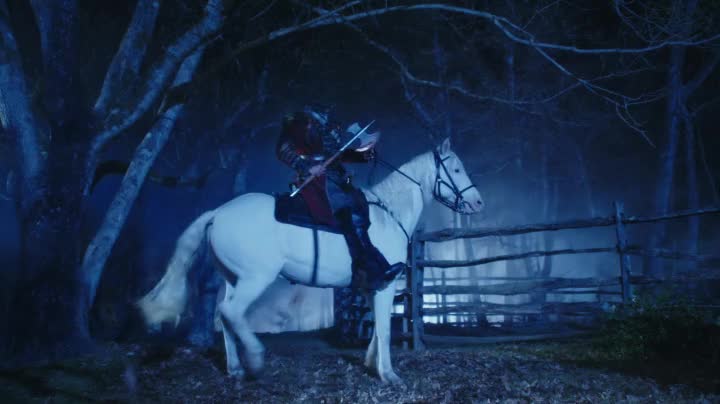