After years of hoping, King Stefan and Queen Leah finally have a child, Princess Aurora. However, when they present their daughter to the world they do not invite the evil fairy Maleficent and invoke her wrath. The wrath comes in the form of a curse that their baby girl will prick her finger on a spinning wheel and die before the sun sets on her 16th birthday. Good fairy Merryweather is the only fairy left who can bless the princess but even she cannot remove the curse. Instead she changes it so that Aurora will not die, but will fall into a slumber only to be awakened by true love’s first kiss. Thus Aurora becomes Sleeping Beauty.

Merryweather and her fellow good fairies, Flora and Fauna, whisk Princess Aurora off to a cabin in the forest to raise her as a peasant in the hopes that Maleficent will never find her there. When the curse comes true, it is up to the dashing Prince Phillip to escape Maleficent’s clutches and rescue the princess for her happily ever after.

To fangirl or not to fangirl

Sleeping Beauty has to be one of my all time favourite Disney movies. Though to be honest with you, dear reader, I’m a sucker for any of the Disney flicks, their Princesses in particular. So there was no way I was going to pass up the opportunity to see Princess Aurora, Prince Phillip and the malevolent Maleficent on the big screen.

I know, I said the same thing about Disney on Ice.

There is a magic that comes from anything Disney-related that is difficult to describe to the uninitiated or those who have grown out of the magic. Even though the films have a dark side (let’s face it, it’s not too far of a stretch for someone who loves horror to love Disney movies – poor Snow White nearly had her heart cut out for crying out loud) there is persevering hope, beauty and enduring love in these classics that is a welcome distraction from the real world.

If you have the opportunity to experience the magic of Disney on the big screen, I can’t urge you enough to jump at the chance to see Sleeping Beauty and the rest of my favorite movies. 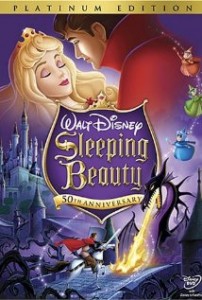