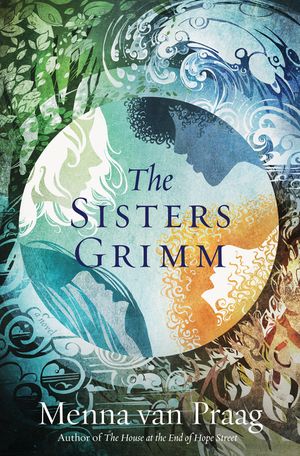 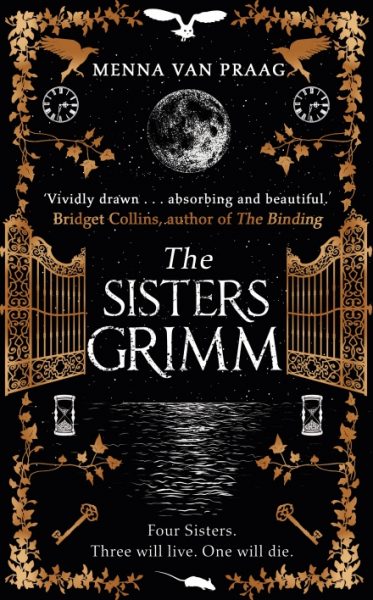 Wilhem Grimm has been wandering the Earth for thousands of years having sex with his daughters (!) to spawn a new generation of sons and daughters. Now four sisters born on the same day approach their 18th birthday. We meet this batch of Sisters Grimm.

Goldie’s features match her name, looking not unlike Goldilocks. She is carer for her younger brother, Thomas, since both their parents died. No explanation is given for how they’ve evaded the “care” system for 4 years.

Bea is Spanish, beautiful and struggling between good and evil. Her mother is a bitch and is proud of it, encouraging Bea to be like her.

Scarlet is a ranger (pronounced ‘rang’ as in ‘ring’ with an ‘a’, meaning ‘red head’). She lives with her grandmother in a cafe but doesn’t put children in the oven.

Liyana is queer, not out to her aunt who is her carer/guardian, and is fending off an arranged marriage.

The Sisters Grimm is one of those stories where you think you know the plot but unreliable narrators and slight twists reframe events. In the beginning it seems this is a Battle of the Sexes novel but it’s more complicated than that. Also, there are men in each of the teens’ lives; can you guess who the “soldiers” are who Grimm sent to kill them?

In contrast with Euphoria Kids (reviewed on Monday), the mothers in Sisters Grimm are absent due to death or Alzheimer’s.

Women are pitted against each other and yet van Praag’s narrative does not accept this conflict as normal. Van Praag interrogates social roles and gendered expectations while maintaining a swift pace during the countdown.

I have two criticisms of The Sisters Grimm: firstly that the narrative lays a certain framework and rules then changes the rules, secondly that one of the villains is an albino-type referencing the Nazi ideal. Leo Penry-Jones is

tall and slender but strong, like a silver birch tree, and almost as preternaturally pale – hair blond as sunlight cresting its topmost branches (page 8).

Van Praag establishes Leo is a murderous villain nearly from the outset. Later Leo acquires shades of grey to mitigate this representation but I wish authors would not use the unrealistic “super blond” stereotype to symbolize genocidal villains. However, van Praag almost but not quite gets a pass on this because Goldie thinks “We have the same hair… [but] my skin isn’t so pale” (page 11). Thus van Praag almost offers two representations, one hero and one villain but then walks it back to a degree. In my opinion, for balance to entitle any author to write an evil albino-type, we first need 1 in 37,000 characters to be a positive representation of albinism, to accurately reflect the proportion of people with albinism globally so we can see ourselves without being bludgeoned by negative representations.

Two of the Sisters Grimm are white, one – Bea – is Spanish and the other, Liyana, is from Ghana, an immigrant to Britain. I am not an “own voices” reviewer so it’s hard to comment on Bea and Liyana. I think Bea could have been any race or color apart from her periodic Spanish conversations, offered often without translation. This aspect would, I think, make an ebook preferable because it should be easy to look up translations. I guessed meaning from context and continued reading.

Liyana’s much-married aunt rose from poverty to wealth via marriage settlements and now wants Liyana to submit to an arranged marriage. I believe arranged marriages are common in African cultures but cannot comment on Ghana specifically. Liyana’s struggle with familial expectations and her own desires is exemplary representation in my opinion. This is alongside Liyana consciously living with racism! Well done, van Praag!

If you’re an “own voices” reader with a different opinion, please let me know. I’m happy to link thoughtful alternative opinions here.

I included two startlingly different cover images because I couldn’t remember which publisher sent me my review copy. The black-and-gold cover appeared first, which is NOT the edition I received, then kept looking. I like the colorful version better, which is the hardcover copy in my hot little hands.

My copy is a beautiful hardcover with a dust jacket. Under the dust jacket, the book is a mat silvery-grey with a blue bound spine and metallic silver lettering. The pages are a slightly textured soft paper, lovely to touch and hold. Illustrations are scattered throughout the novel. Overall, an excellent book design, one to treasure and display.

I enjoyed The Sisters Grimm. Although the sisters are about to turn 18 in the opening chapters, they feel richer, more nuanced than many novels featuring high school students. Despite my advancing age

these characters were relatable in different ways. The book as artifact is gorgeous. I wasn’t enamored of Leo’s physical description making him an albino-type but at least van Praag didn’t labor the point, it was easy to forget after the initial descriptions. Van Praag engages with gender and racial issues beautifully, challenging readers to think and relate and walk in another person’s shoes, a gift to young adult readers. I highly recommend The Sisters Grimm as a fast-paced feminist read for readers of “mature-themed” content.