In the interests of full disclosure: I am not Indian although my name hints otherwise.

Mini is an Indian American whose sister, Vinnie, announces her engagement and a speedy wedding. Their mother died several years ago so Mini is determined to give Vinnie a good Punjabi wedding. Thus the Sister of the Bollywood Bride sets about organizing the wedding while in her last year (I think) of high school.

Mini as a role model

People often denigrate romance, failing to recognize its feminist roots. (For more on this, see this podcast featuring Sarah Mayberry, Anne Gracie and Kate Cuthbert.) Mini, however, is an excellent role model for young women while also being the protagonist in a sweet romance.

Mini’s father makes an off-hand comment about not idling an engine “because global warming”. Although Mini is normally careful to avoid such waste, in this instance she needed a moment “with Mom” so sat in her mother’s van with music playing. And, to play music, she needed to run the engine. A bit of an “oops” moment – even within the story – but also understandable.

Mini is against fast fashion. She works at a thrift store that recycles and renovates recent designer wear and she loves it. Mini would “much rather by one expensive versatile piece, new or used, than twenty bits of fast fashion”.  And the girl can sew! She does renovations, fittings, and creates her own styles, which is part of the story.

Despite this being a Bollywood romance, Mini and those around her have a focus on her future, which they all expect will involve a career. Various people push Mini to get ready for college. No one is pushing her to an early marriage.

Some cultural issues come to the fore during this novel but more are implied. India is a big country with many cultures. This is a strong theme in this story about two Indian Americans from different parts of India marrying and their families’ expectations.

I wondered how much is assumed knowledge in Sister of the Bollywood Bride, especially with things like the importance of fire at the wedding ceremony. Although explanations of cultural difference are minimal, this novel is still accessible for white people. And if you’re curious? Google is your friend. Explanations would have slowed the story.

Early on statements in their native language were translated into English but later that tended to be overlooked.

I confess to loving Bollywood musical romances as long as they’re in English (I can’t read subtitles because of my vision impairment), so this novel was a treat. I was predisposed to enjoy it. No one pressuring Mini into an early marriage and giving up her career was the icing on the cake. Also familial mutterings about how people thought couple getting married should wait were refreshing.

Bajpai knows what she’s writing and ticks all the boxes for her genre with an excellent feminist angle. Sister of the Bollywood Bride is a gorgeous romance that needs to come to the screen like Crazy Rich Asians. 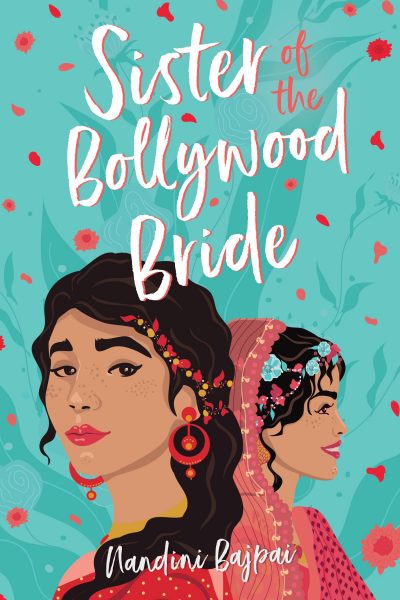